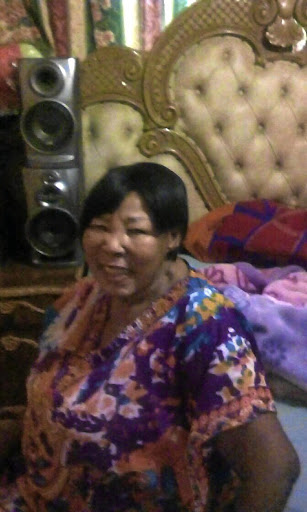 Gladys Tsenene died on Sunday, a day after her 77th birthday./ Supplied

Boxing in South African has lost an unsung hero and a pioneer in the promotion of the sport by females, says Boxing South Africa chairman Peter Ngatane in reference to the late Gladys Tsenene.

Tsenene, affectionately known as "Mama Noforty", passed away on Sunday, a day after she celebrated her 77th birthday. She traded under the banner of Rainbow Boxing Promotions.

"Tsenene was the first black female to get a boxing promo-
ter's licence. She was based in Port Elizabeth. She was a very quiet person," said Ngatane.

"Her passing away is very sad because she goes just when we are starting to have activities around female boxing. I think the last time I saw her was during our awards in Port Elizabeth in January. We miss hear already."

Tsenene's only daughter, Nonita Tsenene, 60, said her mother had heart problems and was also diabetic.

"We are hurting as a family because we still wanted her to be with us although she was not well," she said. The funeral will be on Saturday.

"She developed boxing because she had the love of this sport at heart. Whenever she staged a tournament, there was direction. She also had the eye of spotting a future champion," said Maphithiza.

He cited the late Sandile Mentile as one such talent that Tsenene virtually took from nowhere and guided him to the SA bantamweight crown.

"In 2010 she promoted two SA and provincial title bouts. In 2011 she staged four tournaments, three of which were SA title fights and a provincial one," said Maphithiza.