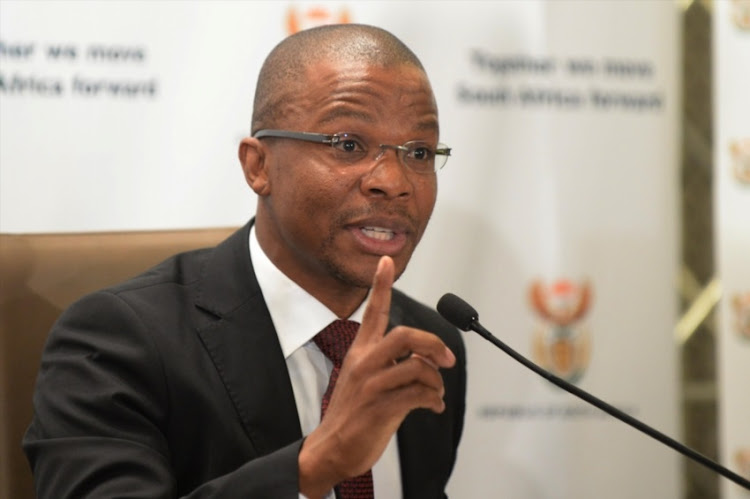 New CEO Tsholofelo Lejaka during the Announcement of Boxing South Africa C.E.O and the Unveiling of the BSA's Boxing is Back programme at GCIS Tshedimosetso House on May 20, 2016 in Pretoria, South Africa.
Image: Lefty Shivambu/Gallo Images

He said 15 countries within the SADC region will converge at Birchwood Hotel in Boksburg from May 23 until May 25.

This convention coincides with the Africa Month Celebration.

"The big idea is to have this convention as a permanent feature on the annual calendar of all Boxing Commissions in the region so that we can continue to draw strength from each other as we grow boxing within our own jurisdictions‚ most importantly in the Southern Region and the entire African continent‚" said Lejaka.

""For now it is but a seed‚ but as we continue to nurture it‚ this seed which will surely germinate and grow into a huge Baobab tree under which the boxing community will continue to converge on an annual basis."

Lejaka said this was part of the broader Africa Month Celebration program of the Southern Region.

"The program of the convention will also include a regional boxing tournament to celebrate Africa Day on the 25 May 2018‚" he said‚ adding that the tournament would take place at Portuguese Hall in the south of Johannesburg.

"The fighters billed to take part in it are drawn from the different countries in the Southern Region‚" he specified.

"Of course‚ not all countries in the Southern Region do have fully functional Boxing Commission or a vibrant boxing culture at professional level‚" said Lejaka.

Among others‚ the intention of the convention is therefore to leverage on the strength on relatively developed countries in terms of boxing culture and assist growth in the rest of the region.

In the main‚ this inaugural convention would focus on fundamental issues that underpin boxing governance and administration like:

(4) rating of boxers and licensing

(8) training and promotion of fair-play (Anti-doping)

(10) marketing‚ broadcast and sponsorship of boxing