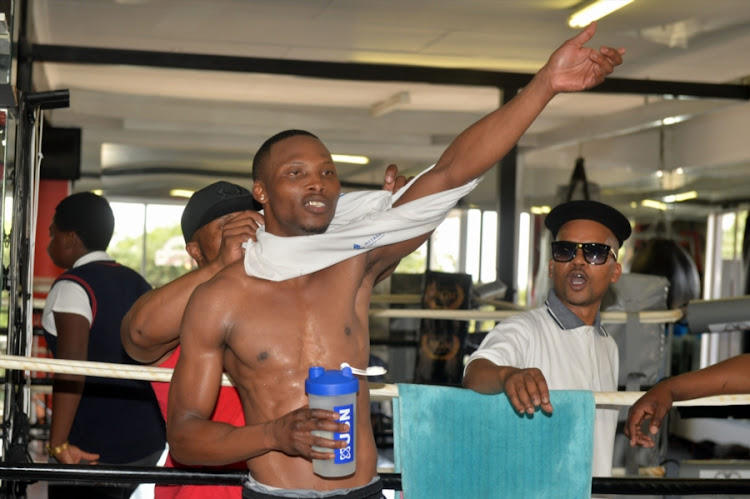 Some have described it as the worst boxing match of the year and a huge disservice to the sport.

Others used stronger language and were far more scathing in their post-mortem examinations of the WBO bantamweight title fight between holder Zolani ‘‘Last Born” Tete and Omar Andres Narvaez at the SSE Arena in Belfast‚ Northern Ireland‚ on Saturday night.

Boxing writers agreed with the biting reviews with Tom Gray of The Ring Magazine taking things a step further and saying the fight was possibly the worst world title fight of the decade.

Interestingly‚ Tete himself agreed with the strong criticism and said while he was not to blame for the pedestrian snooze fest‚ it was not the kind of a title defence he would one day view with pride.

‘‘I am happy that I retained my title but I’m definitely not excited about how it all happened‚” said the 30 year old Tete.

‘‘I expected a lot from Narvaez and also bearing in mind that he is 42 years old‚ I thought he would give his all so that if he lost or decided to quit after the match‚ he would do so knowing that at least he gave his best in his last fight.

‘‘Look‚ I did my part‚ stuck to the plan and I kept my belt afterwards.

‘‘I would not have just rushed in there and tried to knock the guy out. Remember Narvaez is no push over.

‘‘He was the No1 contender for the title. He is a former two weight champion and the guy has power‚ and his record speaks for itself (25 KO's in 48 wins).

‘‘So I had to be cautious because I did not want to chase after a knockdown and instead find myself being knocked down.

‘‘That is why I made it clear to (SowetanLIVE) before I left for Belfast that I did not want my knockout of Siboniso Gonya (11 seconds at the same venue for Saturday's fight last November) to put me under some sort of pressure.”

But in truth‚ it would be an insult to suggest that the Argentinian boxer bothered to show up.

He did not even attempt to put up a fight and the only thing he did very well was to cover his face during his less than admirable time inside the boxing ring.

His defence was as tight as the branches of a tree and there were times when it seemed Tete would need an axe to chop them down to be able to get through to his chin.

‘‘His body was solid‚” said the Mdantsane-born Tete‚ who landed some good body combinations.

‘‘It was like those heavy punching bags at the gym of Nick Durandt (Tete used to be trained by the now late Durandt in Johannesburg before he went back to East London where he is now trained by Loyiso Mtya and Phumzile Matyhila).

‘‘I think that is why he did not cover his body.”

While most of the criticism was directed at Narvaez‚ there were international reports that blamed Tete for his failure to blow the Argentinian away.

‘‘Like I said‚ I had to be cautious because I was up against someone who can punch‚” Tete said in response to the criticism.

‘‘I only realised after round seven that he just did not want to engage.

‘‘He threw his overarm right just to show that he was still in the fight. It was then that I wanted to go straight at him and blow him away.

‘‘But again he ran. I tried to make the fight happen but Narvaez would just not allow me to‚” said Tete‚ who was happy with the purse he was offered by British promoter Frank Warren for the mandatory defence.

All three judges scored the bout 120-108‚ confirming that Narvaez lost all the rounds.

While Tete improved to 26 wins against three losses‚ Narvaez dropped to three defeats against 48 wins.

‘‘I don't want to lie‚ Frank paid me well and it was satisfying‚” said the Eastern Cape boxer.

‘‘Going forward‚ everything will be negotiated. We agreed before signing our new two-year contract just before my fight against Narvaez.

‘‘There is a standard purse money which is the base of our negotiations.”

Tete will now be involved in a voluntary defence against an opponent of his choice.

But there is even something more lucrative in the pipeline - a place in the World Bantamweight Super Series.

His name was added to the series that will involve world champions and top contenders in the bantamweight division.

Rumour has it that Cuban former multiple world junior featherweight champion Guillermo 'The Jackal" Rigondeaux‚ who intends to come down to the bantamweight class‚ will be part of that series.

Zolani “Last Born” Tete will not put himself under pressure to try to better the record time he registered retaining his WBO bantamweight title ...
Sport
4 years ago

Zolani “Last Born” Tete will be looking to continue his love affair with the Northern Ireland’s capital of Belfast when he takes on hugely ...
Sport
4 years ago

Stan Christodoulou was not everybody's cup of coffee during his reign as the boss of South African boxing because he took no nonsense.
Sport
4 years ago

New deal fuels fire on Tete ahead of Narvaez fight

The world will be his oyster if SA's celebrated boxer, WBO bantamweight champion Zolani "Last Born" Tete, retains his title against Argentinian Omar ...
Sport
4 years ago
Next Article