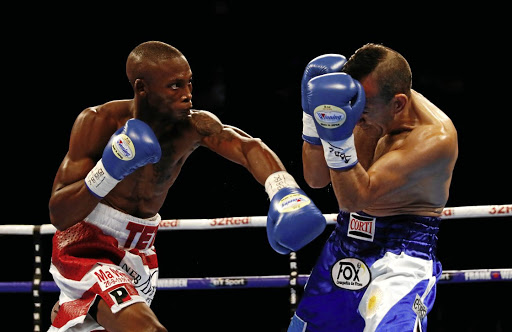 Stan Christodoulou was not everybody's cup of coffee during his reign as the boss of South African boxing because he took no nonsense.

A boxer like Omar Andres Narvaez would have gone back home to Argentina without being paid even a cent of what he signed for to challenge WBO bantamweight champion Zolani "Last Born" Tete on Saturday night.

Simply put, he did not earn his purse money, therefore, he deserves absolutely nothing.

Some sparring sessions would have been far better than what took place in the second defence of his title.

The truth is, Narvaez is 42 years old and has reached the end of the road. The former two-time champion did not even try, and failed in the process to demonstrate that he is still very much alive.

Zolani “Last Born” Tete will not put himself under pressure to try to better the record time he registered retaining his WBO bantamweight title ...
Sport
4 years ago

It would be an insult to say he threw five jabs. He protected his face for 12 rounds; you would swear he was some model that did not want his face to be marked because of a multimillion-dollar advertisement he must do this week. The scores from all the judges were 120-108 which means Tete won all the rounds.

About 9000 British fans inside SSE Arena in Belfast, Northern Ireland, were kept in suspense from round one until the 12th and last.

Tete last fought in South Africa in 2015 when he won the WBO Africa junior bantamweight title at Orient Theatre on December 18.

WBO is one of the top four most respected sanctioning bodies, the others being the WBC, WBA and IBF. That is the significance of Tete's title.