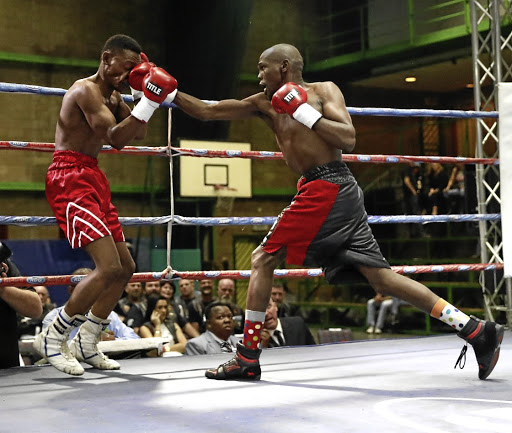 Top junior bantamweight contender Sikho "Sequence" Nqothole returns to action on Sunday after dispatching Lemohang Mapitsi in less than a minute of their six-rounder in Swaziland last month.

Mapitsi went into that bout in Mbabane boasting a four-fight winning streak. The SA-based Lesotho national, who is trained by Lucky and Lehlohonolo Ramagole in Orlando, Soweto, found Nqothole uncompromising.

Nqothole, who hails from Umtata, will take on Namibian Immanuel Joseph over six rounds on Sunday.

Their bout will form part of the programme of Supreme Boxing Promotions' bill at Blairgowrie Recreation Hall in Randburg. Joseph has not lost a match since 2014.

After losing his first two fights in that year, he went on to chalk up nine straight wins, four by the short route.

Nqothole is under the guidance of top trainer Alan Toweel Junior in Linden.

Said Toweel: "I am slowly building up Nqothole. I intend to get him a WBA Pan African title fight after Sunday's fight. Sikho is such a dedicated young man who wants to make a statement in this division."

The SA title is held by Yanga Sigqibo, who registered his first defence against Sabelo Ngebiyana at Orient Theatre a fortnight ago. Rofhiwa "Tsetse Fly" Nemushungwa, Percy "Cool Guy" Mkhize and Bangile Nyangani will also be in action on Sunday.

Topping the bill will be the eagerly awaited rematch between Akani "Prime" Phuzi and Chris "Wolf" Thompson for the vacant Gauteng cruiserweight title.