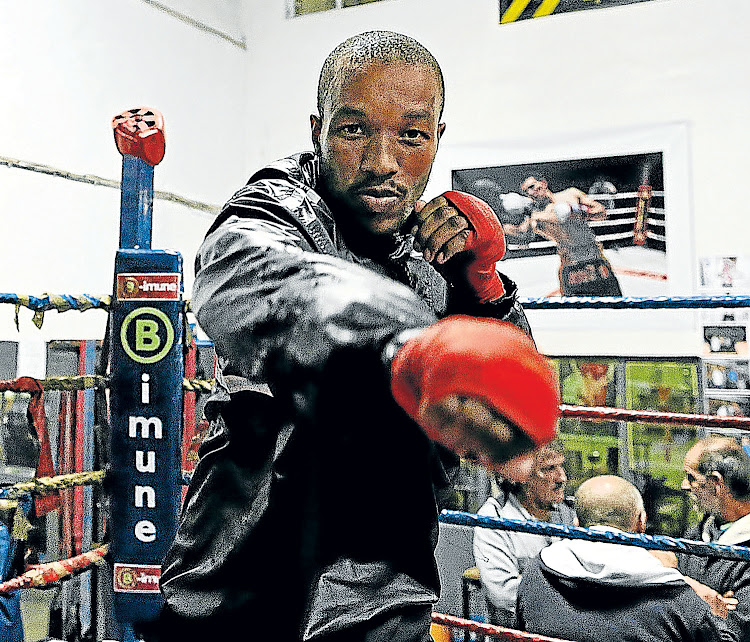 Simpiwe ‘V12’ Vetyeka is recovering at Frere Hospital in East London where the WBO All Africa lightweight boxing champion underwent an operation on both his legs today - his promoter Ayanda Matiti has announced.

Vetyeka was admitted on Friday after being hit by a speeding vehicle as he was opening the door of his car at Amalinda Road in East London.

The 37 year old boxer from Mdantsane‚ Eastern Cape - a former SA and IBO bantamweight‚ and IBO and WBA Super featherweight champion - suffered two broken legs. Vetyeka was at theatre on Saturday for cleaning before the operation today.

"The doctors who operated told us that it was successful," said Matiti who was at the hospital for the better part of the day today.

"They were very positive that he will be able to walk again. Vetyeka was tired from the operation."

The vehicle that hit him is said to have sped off and no arrests have been made.

Matiti - who staged the vacant WBO All Africa title fight which Vetyeka won by a stoppage in the eighth round of Thompson "Silent Destroyer" Mokwana at Orient Theatre two weekends ago - said:

"I first went to his house in Mdantsane to meet with his wife. I then proceeded to Frere Hospital. The operation was done on both his legs. He was back in his ward around 11am. The focus now is on healing process. The people from rehabilitation have a specific program which will help Vetyeka recover."

The 37-year-old Vetyeka‚ who was born in Duncan Village‚ has 30 wins and four losses.