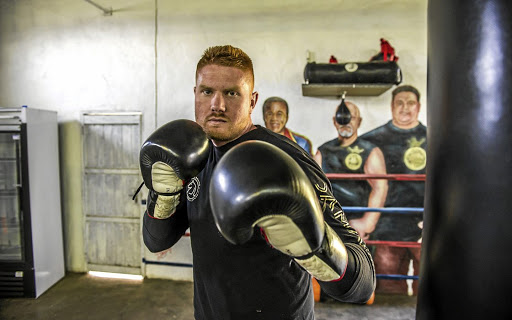 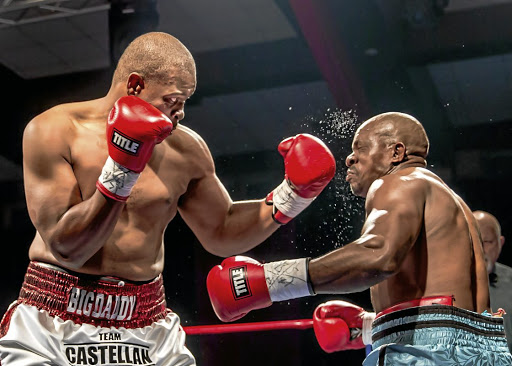 Never mind what any gullible wordsmith waxing lyrically wants you to believe, the truth is that South African professional boxing suffered a black eye on Friday.

The first tournament of the year, which was staged by Kalakoda Promotions at Emerald Casino in Vanderbijlpark, was expected to be a cracker since it featured boxers from South Africa, Zimbabwe, Tanzania, Malawi, Ukraine and Croatia.

Judging by the big crowd that descended on the Vaal, all expectations were that this seven-bout card, dubbed Big Hitters, would put the sport on the forefront again and help put South Africa on the map .

The SA heavyweight bout between champion Osborne "Big Daddy" Machimana and No1 contender Ruann "Giant King" Visser was supposed to be the cherry on top.

But action inside the ring from all the bouts failed dismally to live up to those promises.

There were allegations that Machimana had been paid to lose. His physical condition as he weighed in at 145.50kg proved one thing, though: that he never trained because his weight in his first defence, against Justice Siliga, was 132.05kg.

Machimana went down in round two. Instead of going to the neutral corner to allow referee Jaap van Niewenhuizen to conduct a count, Visser stood right next to a fallen Machimana and started celebrating.

The rules are clear - the referee must make sure that the boxer who delivered the knockdown punch must be sent to the neutral corner before a count can begin.

Had Visser done that immediately after dropping his foe, Van Niewenhuizen would surely have counted Machimana out. But Machimana eventually got up, only to be saved by the bell.

From thereon, Visser turned him into a punching bag with all his punches getting through a defence that was as open as a swinging gate.

Earlier in the night, Collens Mutshavudze from Zimbabwe went down like he had been shot, from a single punch from Vladyslav Sirenko of Ukraine 59 seconds into the fight.

Hamis Gulaka of Tanzania broke all the rules and should have been disqualified but he lost on points to a visibly frustrated Rifhumele Chikwambana over four rounds.

Gabisile Tshabalala fought like someone who was forced to get in the ring, deservedly losing to determined five- fight novice Smangele Hadebe over six rounds. Surprisingly, judge Simon Mokadi scored the fight 58-56 for a cleanly defeated Tshabalala while Van Niewenhuizen and Ben Ncapayi aptly scored it 58-56 for Hadebe who was denied a unanimous points win by Mokadi's ruling.

Jackson Masamba from Malawi and Alex Kabangu from Zimbabwe drew over four rounds while Lawrence Moyo, also from Zimbabwe, stopped a washed up Dennis Mbath from Congo in three rounds.