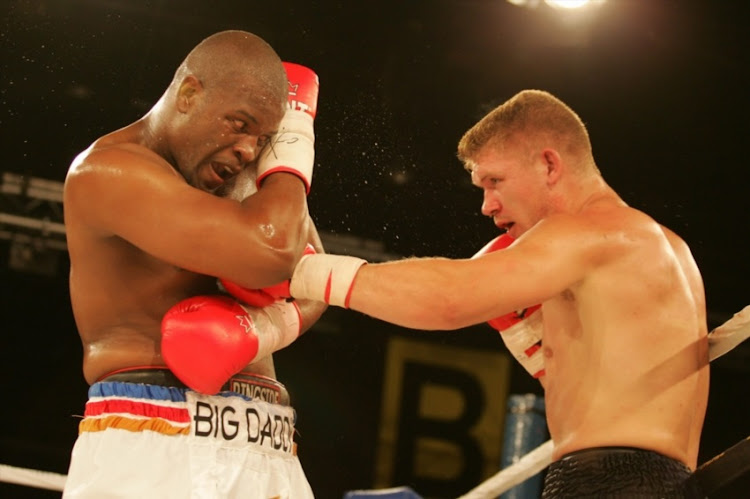 A deafening noise of jubilation from the large crowd reverberated inside the Emerald Casino in Vandirbijl Park  when local hero Ruann "Giant King" Visser dropped Osborne "Big Daddy" Machimana in the seventh round, ending his reign as the South African heavyweight champion on Friday night.

A two punch combination to the head dropped a visibly tired Machimana who was counted out by veteran referee Jaap van Niewenhuizen.

The 39-year-old former champion from Limpopo, who looked a pale shadow of his former self , did not even attempt to beat the count.

Machimana, who was saved by the bell after being knocked down in the second round,, has been at the helm since May 28 2016 when he won the title from "Rolling Thunder" Nel with a fourth round knockout at Birchwood Hotel in Boksburg.

Machimana was bidding for the second defence, having retained his title with a hard fought points win against Justice "Venda Viper" Siliga at Dr Molemela Stadium in Bloemfontein on October 16 last year.

In his 18 years of professional boxing,  this is Machimana's seventh short route defeat in 11 losses against 23 wins.

The newly crowned champion from Meyerton who is trained by American James Ali Bashir, bettered his record to 12 knockouts in 13 wins against one loss.

Their bout topped the bill that was staged by Kalakoda Promotions of Cape Town based promoter Steve Kalakoda.

Boxing is a funny sport that has no boundaries in terms of match-ups.
Sport
4 years ago