Demolition Man returns after being inactive for three years 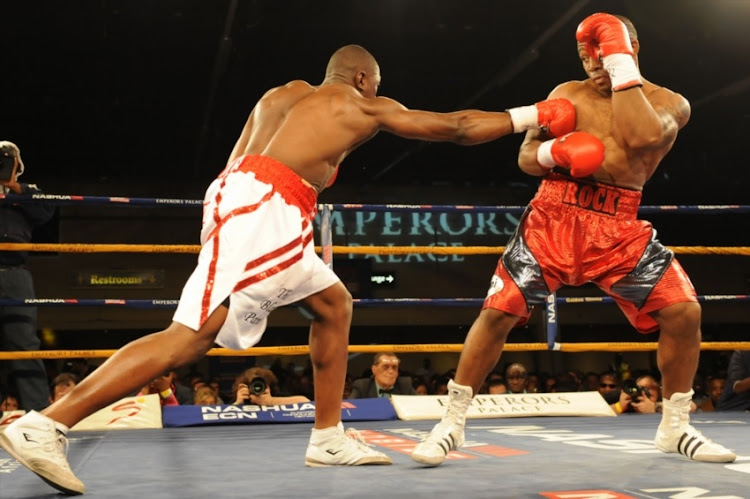 Charismatic heavyweight boxer Flo "Demolition Man" Simba is back to do what made him popular with fight fans. The SA-based Congolese had been inactive for three years.

The 28-year-old boxer - whose career is now guided by trainer John Tshabalala and manager Patrick Bonyeme - said he worked for a construction company during his time away from the ring.

Simba turned professional in 2009 and remained undefeated after nine fights. He seemed to be on track for greatness when he won the IBO Youth belt in 2011 but his career took a nose dive.

The final nail in the coffin was when he was stopped in the first round by a washed up Khayeni Hlungwane in 2015. It was Simba's last appearance in the ring.

"I took too many chances in the ring and they cost me my career," said the eloquent boxer. "The time I took off gave me ample time to learn many things about boxing. I cannot wait to get back in the game."

There were concerns about his health, especially after he crashed his car on the way to Emperors Palace. Simba was not injured. He blames the crash on a blackout brought on by diabetes.

"I was little shy about stating publicly that I have diabetes," Simba admitted, before adding that the Centre for Diabetes and Endocrinology sponsored him with "very good" equipment to manage his sugar levels.

"There is absolute nothing to worry about from the health side of things."

Simba is on his way to getting a professional boxing licence after passing a test at Booysens Boxing Club two weekends ago. He was one of the 70 male boxers (mostly amateurs looking to turn pro) who passed the sparring session.

Only six females got the nod.

Boxing SA chief operations officer Cindy Nkomo explained that none of them can feature in a professional tournament just yet.

"They will first need to be cleared and approved by the board of BSA, and only from April 1 can they be featured in professional [bouts] because the renewal period begins from April 1."

Those boxers must do general medical check-ups that include tests for HIV and hepatitis B, brain and kidney scans as well eye, ear and bone tests. They will present those results to BSA's medical commission, which will scrutinise them. The commission will report to the board of BSA, which will then issue licences.