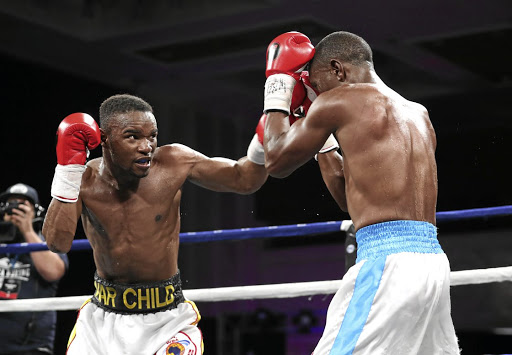 Gauteng boxing trainer Alan Toweel Junior's master-plan is to get his charge Rofhiwa "War Child" Maemu to fight for the WBA featherweight title.

Maemu, who hails from Venda but is based in Soweto, holds the same organisation's regional title - the Pan African belt - which he won in October.

He is yet to get recognition from the WBA Ratings Committee.

Maemu, who has already defended his title in December, does not feature in the January edition of the WBA's top 15 ratings.

"We want to keep Rofhiwa as busy as possible because eventually, we want him to get a chance for the actual WBA title," said Toweel Junior yesterday.

"The more he fights and win, the higher his rating will improve."

Another defence means more money for the WBA.

The boxing body will get its sanctioning fee - the amount paid by the promoter for a championship fight to happen.

Maemu stunned the boxing
fraternity in Thohoyandou when he easily overwhelmed former Commonwealth bantamweight and IBO junior featherweight champion Tshifhiwa Munyai in the seventh round in December.

On the bill in Swaziland will also be Sikho "Sequence" Nqothole against Gauteng champion Lemogang Mapitsi over six rounds, while Hloni "Superstar" Maboko will take on Kutlwano Ogaketsi, also over six rounds.

Nqothole and Maboko are also under the guidance of Toweel Junior.