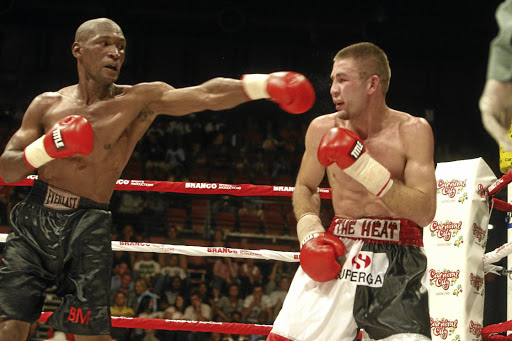 Fighters need affordable comprehensive cover to help them in times of need.

Boxing SA is working on a comprehensive life cover for licensed boxers that will cover their income protection and disability outside the confines of the sport, chief executive Tsholofelo Lejaka has announced.

He, however, said the challenge is affordability because almost all options they received are about 10 times more than what a boxer pays to renew their licence.

BSA currently has a benevolent fund which pays towards rehabilitation for a boxer who sustains injuries during an official match.

"It also contributes towards burial costs, should a boxer pass on after an official match. It does not cover injuries or death which occur outside boxing," he said yesterday.

Boxers contribute 1.5% from their purses towards the fund.

The spotlight has fallen on life and disability insurance in boxing following the shooting of Mzuvukile Magwaca last week. He was operated on this week but there are fears he may not be able to fight again, meaning a potential loss of income.

This could change in future, according to Lejaka. "We have secured no less than three different insurance service providers to try and design a package that covers the life of a boxer as well as the income protector in the case of disability or inability to continue with boxing," he said.

"Remember, a typical boxer pays between R250 to R700 per annum for their licences. All the proposals that have been presented to us are mostly around R4000.

"At the moment there is no funeral cover for boxers who die outside the boxing ring," said Lejaka.

For other sporting codes it is easy to get life insurance. Orlando Pirates keeper Senzo Meyiwa, despite being shot dead in his girlfriend's house, was covered by a Premier Soccer League insurance policy which paid R4-million.

Magwaca, meanwhile, is at Tygerberg Hospital following last week's shooting during a robbery at his home in Khayelitsha.

His trainer Zola Koti visited him this week. "The operation was successful and the doctors said there is a good chance that he will be able to walk again but it will depend on the physiotherapy."

Boitshepo Mandawe was stabbed to death in Meadowlands, Soweto, in 2015 while Lundi Madondile died after being stabbed in 2012. Mzukisi Sikali was fatally stabbed when he attempted to fight off a couple of muggers in Uitenhage near Port Elizabeth in 2005.