'Tsetse Fly' to bite for recognition 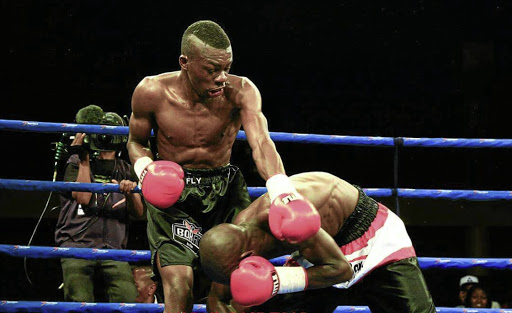 "Rofhiwa is unknown but people will stand up and take note once he is done with Joshua," said Toweel. "We are going in there to surprise a lot of people."

Studdard boasts seven stoppages in eight wins against a loss to Ayanda Nkosi.

"Joshua is a good boxer. The fight comes as a good opportunity for Rofhiwa to make a statement," said Toweel, adding they had hoped to fight Studdard for the vacant Gauteng bantamweight title.

"The rule which stipulates that a boxer must have fought three fights in that weight division to qualify to fight for a title killed everything." Nemushungwa, who upset the bookies last year by beating favourite Sabelo Ngembinyane over six rounds in Soweto, has eight wins in 14 fights. The bill, a box-and-dine affair of promoter Jeff Ellis, includes an international eight-rounder featuring local favourite Johnny "Hurricane" Muller against Congolese Youssef Mwanza.

Mwanza's record according to Golden Golves is 7-2-1, despite BoxRec.com listing only one pro bout for him.

There will be six more bouts and action will begin at 7.30pm.