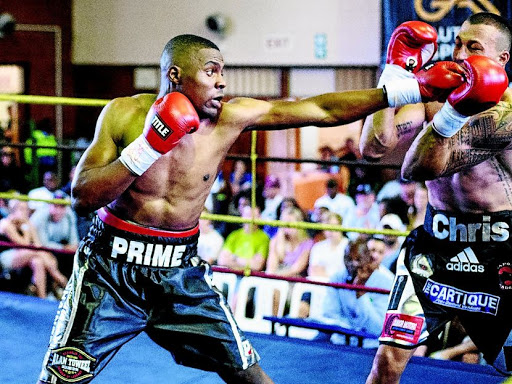 One of the most tired sporting clichés is the one about the irresistible force meeting the immovable object.

But this is precisely how best to describe the slug fest between cruiserweight hopefuls Akani "Prime" Phuzi and Chris Thompson at the weekend.

The cliché got an interesting twist as the gruelling six-round fight progressed at Blairgowrie Recreation Centre in Randburg, Joburg on Sunday.

Phuzi proved to be both the irresistible force and immovable object.

Both boxers had a go at each other and at some stage it looked like Phuzi was heading for a stoppage.

Thompson fought back gallantly, however, forcing Phuzi to hold on.

The big crowd were kept on the edge of their seats throughout.

Phuzi was declared the winner by a split points decision. Two judges scored the fight 57-56 for Phuzi, while their colleague was way off the mark with 58-55 for Thompson.

The split points win was the result of what seemed an unfair decision by referee David van Niewenhuizen, who docked Phuzi a point for an unintentional low blow when the two boxers were toe-to-toe.