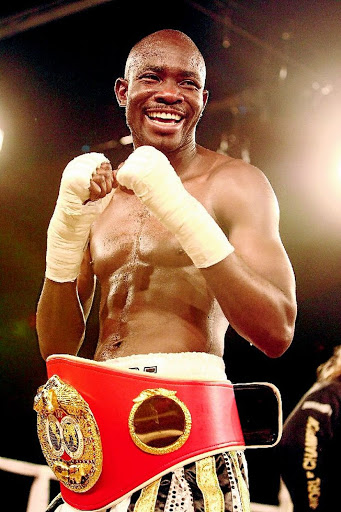 Hard work, dedication and sacrifices by some local boxers of yesteryear are finally being recognised not only in the country but also outside our borders.

This is the view of Boxing SA chairwoman Muditambi Ravele, reacting to two separate awards ceremonies in Gauteng and Limpopo provinces on Sunday.

Mathebula, 65, from Mohlakeng, is the first black South African to win a world title - the WBA flyweight belt from Tae Shik Kim in Los Angeles in 1980.

He lost the title to Argentinian Santos Lacair at Orlando Stadium, Soweto, a year later.

Baloyi and Ndou once met in an energy-sapping bout for the specially designed Pound for Pound belt at Carnival City in 2001. Ndou won on points.

"I am excited that the contribution by our former licensees is being recognised. All credit to our government for recognised our legends," said Ravele.

"All this will definitely encourage up- and-coming fighters to do well so that they too be recognised some day. This is really good for our sport."

Gerrie Coetzee, the first African heavyweight boxer to fight for and win a world heavyweight title - the WBA belt from American Michael Dokes in 1983 - will receive the Sports Lifetime Achievement award at the Hollywood and African Prestigious Awards in California, US, on November 18.