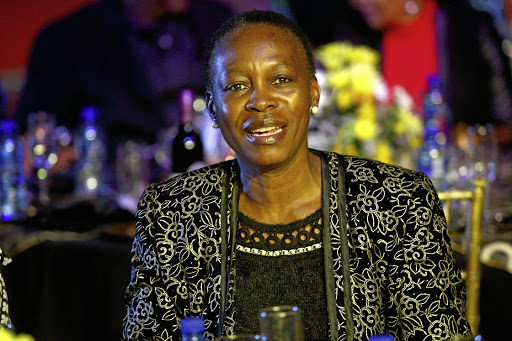 The next year promises to be an action-packed one for women's sports, with three world cups the country can expect to be represented in.

Ravele and her LOC are on course to delivering the first women's cricket world cup on African soil, in February next year

SA will also host the first ever netball World Cup in Africa in July next year. The event will be staged in Cape Town. In the same month, Banyana Banyana will play in the 2023 Fifa Women's World Cup to be hosted by Australia and New Zealand.

The prospects of the three world cups from three different sporting codes taking part with SA women national teams' involvement should be a money-spinner through broadcasting rights, pledges and direct sponsorship.

"The three teams are very important, firstly to inspire young girls to follow sport but also to persuade broadcasters, that's the most important thing," said Ravele.

"The broadcaster should start seeing women's sport as a product of value. And it is of value, Banyana Banyana has proved it, they had a 3.5-million viewership during the Africa Women's Cup of Nations, that on its own shows we can attract [audiences]," she said.

The seasoned sports administrator cited Sasol, who are the primary sponsors of Banyana Banyana, as an example of a company investing in women's sport and getting something in return.

"Again with sponsors, Banyana Banyana have proved that there is a return on investment. Sasol managed to get back more than what they invested in Banyana Banyana," Ravele said.

Cricket SA (CSA) has produced an ambitious, five-year strategic plan that the board said will take cricket and the organisation out of its current ...
Sport
6 months ago

Accomplished veteran administrator and former Boxing SA chairperson Muditambi Ravele is not gloating over her successes with the Women in Boxing ...
Sport
1 year ago

Boxing SA 2017 female ring official of the year award winner Pumeza Zinakile says she misses Muditambi Ravele who did wonders during her three-year ...
Sport
1 year ago

Women have participated in boxing for as long as the sport has existed in SA yet female fights have almost been effectively outlawed.
Sport
1 year ago
Next Article