100m ace says his exploits are not appreciated 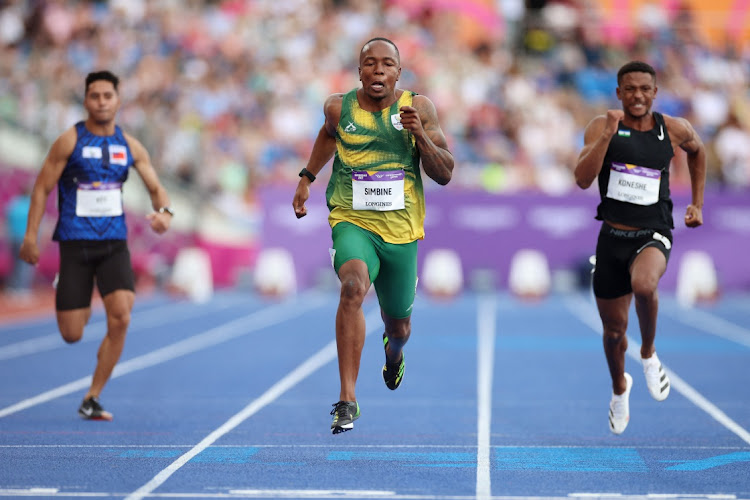 Akani Simbine has set sights on defending his Commonwealth Games title in Birmingham. But first he has to make it out of a semifinal tonight.
Image: Phil Noble

South African sports fans are probably the hardest to please in the world, as they are quick to embrace and disregard.

One of the main reasons criticism is levelled against Simbine is his inability to get a podium finish in the Olympics and the World Championships. This is because he had shown so much potential over the years as an elite athlete but usually falls short on the big stages.

Now 28, and understanding the dynamics of criticism in sports, Simbine thinks he is underrated in the country because of how he has performed in major championships.

“It’s always an honour to represent SA at the Olympics, World Champs or Commonwealth Games, but even if I were to break the world record I don’t think anything would change in terms of recognition,” said Simbine, who will race at 8.10pm Wednesday.

“Every year I perform well in the Diamond Leagues, the World Champs, the Olympics and I’m here in Birmingham as the Commonwealth Games 100m champion. But athletics doesn’t feature high up on SA’s sporting radar.

“I always make the 100m final and I’ve finished in the top five of those finals since 2016. But, I feel I don’t get the appreciation and have come to terms with it. Running fast is a gift that’s been given to me.”

Simbine is looking to successfully defend his 100m title at Birmingham, despite the presence of Kenya’s Ferdinand Omanyala, the fastest man in Africa at the moment.

Simbine ran 10.10 seconds to win his heat and qualify for today’s semifinal.

“I know I can win. If I can get the first 60m perfect then it sets me up for the last 40m. That’s my strongest part of the race. With a perfect first 60 then I know the last 40 will be strong,” he said.

Team SA’s 4x100m relay team, considered a medal contender at the Commonwealth Games, is almost certainly out of the Birmingham showpiece after two ...
Sport
6 days ago

Akani Simbine’s incredible six-year run inside the top five of the world could come to a crashing end at the world championships in Eugene, Oregon, ...
Sport
3 weeks ago

SA swimmer Chad le Clos has achieved the feat of being the greatest performer at the Commonwealth Games, but he won’t be satisfied until he’s No1 ...
Sport
1 week ago

Team SA’s campaign at the Commonwealth Games in Birmingham, England, seems to be picking up as  medals have started rolling in.
Sport
1 week ago
Next Article