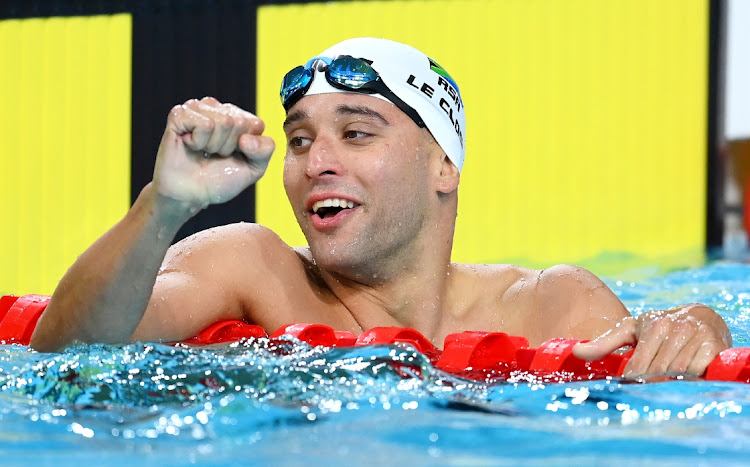 SA swimmer Chad le Clos has achieved the feat of being the greatest performer at the Commonwealth Games, but he won’t be satisfied until he’s No1 again.

Although he would have loved to reach the milestone with a gold medal, Le Clos was proud of the achievement on Sunday evening.

“I’m proud to have the most medals in the Commonwealth Games history,” said Le Clos.

“If you had asked me 12 years ago if I would be standing here, I would have a huge smile on my face. I’m extremely proud to represent my country,” he said.

The great swimmer now has his sights set on getting gold in the men’s 100m butterfly, which will be at 9.45pm on Tuesday. Should he get the gold gong, he’ll be on his own as the most decorated athlete in the Games and also fulfil his promise of standing on top of the podium.

“I’ll be a little bit harder to win the 100m but I don’t shy away from a challenge. I’m excited to represent my country at the highest level,” Le Clos said.

Meanwhile, by 4pm SA time on Monday, Team SA was fourth on the medal table – with four gold, one silver and one bronze. The tally is however far behind the three top nations: Australia with 22 gold and 55 total, England (14, 38) and New Zealand (10, 19).

The Springbok Sevens were in firm control of their Commonwealth Games quarterfinal on Saturday evening as they beat Canada 33-0 to advance into the ...
Sport
2 weeks ago

Tatjana Schoenmaker laid down a world-class marker as she clocked the fastest time in the 200m breaststroke heats at the Commonwealth Games on Sunday ...
Sport
2 weeks ago

Team SA’s campaign at the Commonwealth Games in Birmingham, England, seems to be picking up as  medals have started rolling in.
Sport
2 weeks ago
Next Article