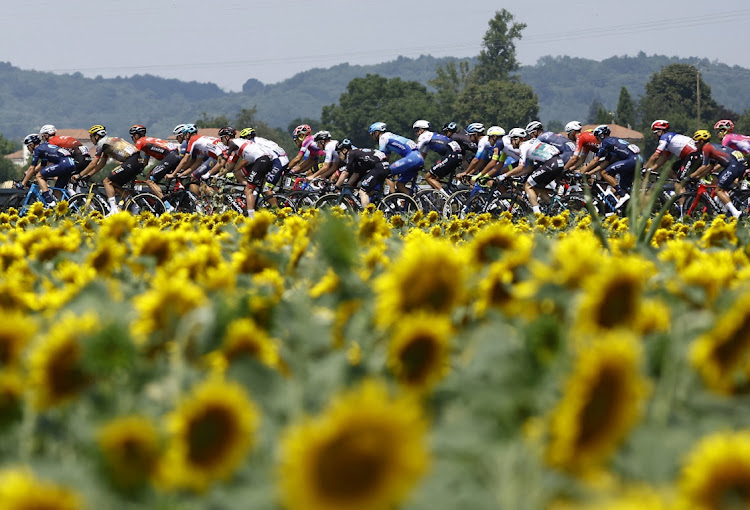 General view of the peloton in action during stage 17 Tour de France cycling from Saint-Gaudens to Peyragudes in France.
Image: Christian Hartmann

SA may not have a team in this year's Tour de France but the heartbeat of the biggest cycling competition is situated in Johannesburg as Dimension Data SA acts as the global digital war room for the tour.

The Tour de France's official technology partner NTT uses the expertise of Dimension Data, the team based at the Campus in Bryanston that provides data to global broadcasters teams – SuperSport, Sky Sports and ESPN in an understandable and formatted way that can be broadcast.

Amaury Sport Organisation (ASO), the company that owns the Tour de France event, roped in NTT when it saw that the sport is leaning heavily on stats in the fourth industrial revolution. Now their premium event, which has more than 12m spectators, is one of the most advanced technology sports events in the world.

Gerrard Sofianos, the principal head of digital solutions at NTT, elaborated on how the Tour de France has benefited from the data they provide.

"One of the challenges that were set out by ASO was that their spectatorship was ageing and they needed to reinvent themselves to change demographics, becoming more global and having a young audience," said Sofianos.

"The viewership that they were looking at adopting was between the age of 15-24. In the last year, they have increased that amount of followers by a million. The demographics have slid down from the 40+ category to a younger one, which is spread between males and females.

"They get such a digital experience from the tour, they are starting to understand cycling based on how it is presented," he said.

With the Tour de France currently under way, the teams and their cyclists also depend on the information that comes out of Johannesburg. The stats that they get help them strategies and plan around the 21 stages of the tour.

"We bring data of the cyclists that the coaches need. What happens is they get the data and do offline processing and give feedback to the cyclists," said product manager Timothy Johnston.

"They tell them how they can improve, which angles they're effective, this is for the team and individuals. After every session, cyclists can analyse their data and can plan according to that. They also get to the environmental contexts that exist," he said.

Changes are sweeping through Cycling SA with a new president and board.
Sport
5 months ago
Next Article