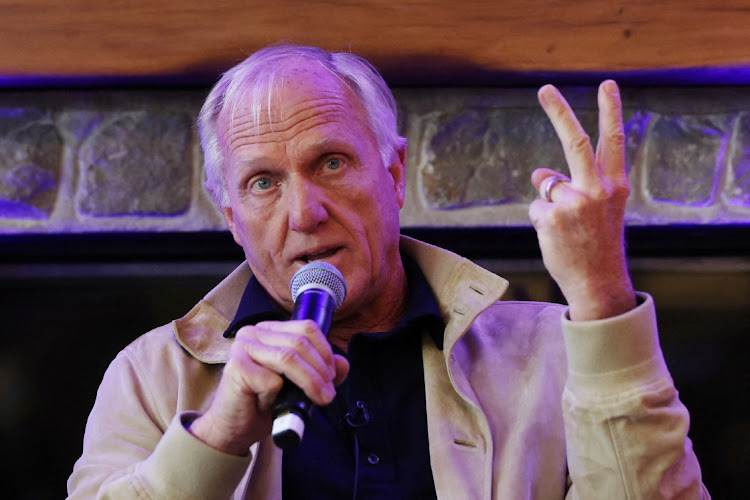 Former world number one Greg Norman downplayed the 2018 killing of Saudi Arabian journalist Jamal Khashoggi as he outlined plans for the LIV Golf Invitational series, saying: “We've all made mistakes.”

The Australian is fronting the $255mln competition, a breakaway circuit funded by Saudi Arabia's sovereign wealth fund, which will feature eight events and kick off at Centurion Club near London on June 9.

Khashoggi was killed after entering the Saudi consulate in Istanbul in October 2018, with a US report last year saying that Crown Prince Mohammed bin Salman had approved the operation to kill or capture the Washington Post journalist.

The Saudi government has denied any involvement by the crown prince and dismissed the report's findings.

“Everybody has owned up to it, right? It has been spoken about, from what I've read, going on what you guys reported,” Norman told reporters on Wednesday.

“Take ownership, no matter what it is. Look, we've all made mistakes and you just want to learn from those mistakes and how you can correct them going forward.”

Turkish officials said they believe Khashoggi, a prominent critic of the Saudi crown prince, was killed and his body dismembered in an operation which Turkish President Tayyip Erdogan said had been ordered at the “highest levels” of the Saudi government.

“This whole thing about Saudi Arabia and Khashoggi and human rights, talk about it, but also talk about the good the country is doing to change its culture,” added Norman, who this month revealed that the event had secured extra funding worth $2 billion.

The fiancée of Khashoggi, Hatice Cengiz, said that it is “hurtful” that his killing is “brushed off as a 'mistake'".

“It is so hurtful when Jamal's brutal killing is brushed off as a 'mistake' and that we should just move on. Would you say that if it was your loved one?” Cengiz said in a statement to Reuters released by her lawyer Rodney Dixon on Thursday.

“How can we go forward when those who ordered the murder are still unpunished, and continue to try to buy back their legitimacy.

“We should not fall for their wealth and lies, and lose our morals and common humanity. We should all be insisting on the truth and justice; only then can we look forward with hope and dignity.”

France released on Wednesday the Saudi national arrested at a Paris airport over suspected links to the killing of journalist Jamal Khashoggi after ...
News
5 months ago

U.S. President Joe Biden said on Friday he told Saudi King Salman he would "hold them accountable for human rights abuses" and the US would be ...
News
1 year ago

The fiancee of slain Saudi journalist Jamal Khashoggi and a human rights group that he founded filed a lawsuit in a US court on Tuesday with ...
News
1 year ago
Next Article