Sprinter Akani to pace himself at national champs 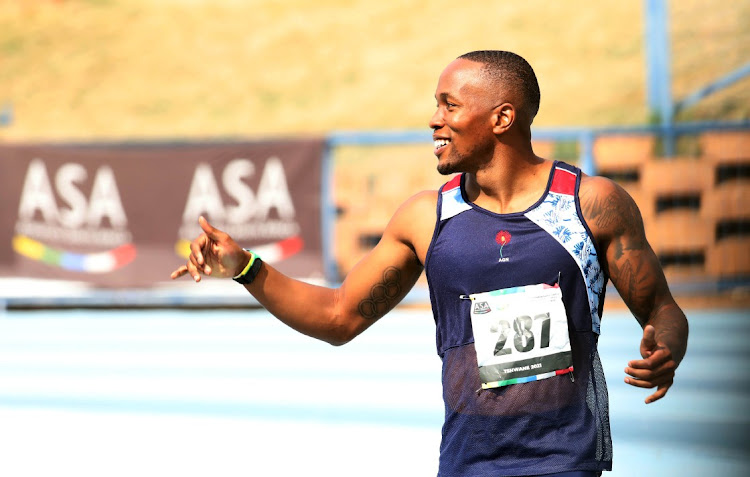 With the ASA national championships starting today at the Green Point Athletics Stadium, sprinters Akani Simbine and Viwe Jingqi have declared their intentions to medal in the respective 100m male and female races.

The national championships this year promise to be one of the best the country has seen in years with a host of talent on offer, with seasoned athletes and youth in the mix.

Simbine and Jingqi are some of the marquee athletes who will be on show alongside the likes of Wayde van Niekerk and Caster Semenya.

The 100m races have the prospect of lighting up the whole of Cape Town. SA sprint king Simbine will be going to his third race of the year, having raced in two ASA Grands Prix this year. SA’s fastest man wants to pace himself in the national championship and focus on running normal times instead of pushing for records, as many were wondering which Simbine will turn up in Cape Town.

“It’s not about dropping crazy times at the beginning of the year. It’s more about pacing yourself through the season, ticking all the boxes and making sure as a sprinter I’m where I want to be.

“With the season we are having, everything is just new. I’m just a vessel that’s trying to learn. I enjoy racing and competing. I’m not under pressure to win; it’s just about going out there and putting my races together and running at national champs. Everybody knows what running at national championships means, you’re going for a normal time,” Simbine said.

For wonder girl Jingqi, it’s all about basking in the moment of competing in her first national championships. Even though she’ll be the rookie on the track against seasoned sprinters, she’s planning on taking them on.

The 17-year-old has declared her intentions of grabbing a podium place and improving her times in the 100m and 200m disciplines.

“I’m actually scared a bit, but I told myself if you want to be in the same league as the seniors, you have to compete with them head to head,” said Jingqi.

“This week is all about having fun. I’m not putting pressure on myself, I just want to be top three. The plan is to medal in the 100m and get a better time and also see what happens in the 200m; it has been lacking. I’ve been trying to get a faster time,” she said.

The ASA National Championships will take the centre stage for major sporting events in SA this week. The athletics spectacle gets off the blocks on ...
Sport
2 months ago

Highly-rated junior sprinter Viwe Jingqi has confirmed that she’ll be running in the ASA Senior National Championships in Cape Town this week in what ...
Sport
2 months ago

Kenyan sprinter Ferdinand Omanyala dipped under 10 seconds as he downed local hero Akani Simbine in their 100m shoot-out at the fourth meet of the ...
Sport
2 months ago

Carina Horn returned after a two-year gap to snatch a narrow victory in the women’s 100m at the third meet of the grand prix series in Potchefstroom ...
Sport
2 months ago
Next Article