Tiger's Masters return among the comeback stories for the ages 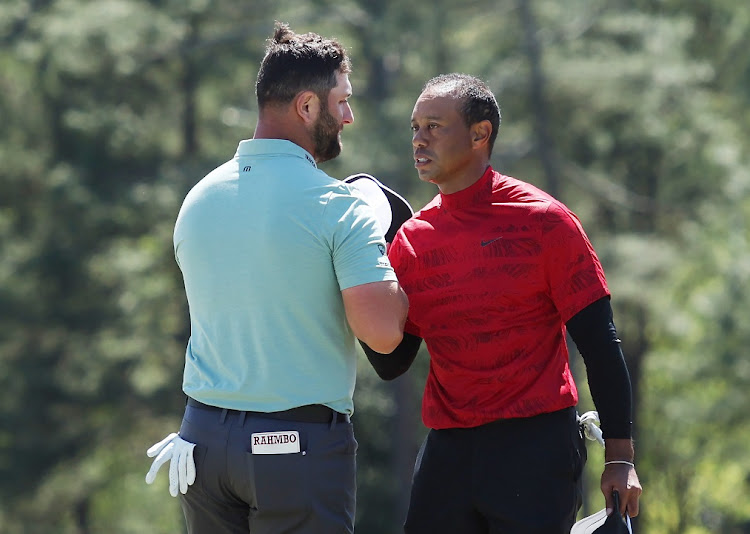 Jon Rahm of Spain (left) and Tiger Woods shake hands on the 18th green after finishing their final round of the Masters at Augusta National Golf Club in Augusta, Georgia on April 10 2022.
Image: Gregory Shamus/Getty Images

Tiger Woods finished near the bottom of the Masters leader board on Sunday, but even teeing up this week at Augusta National puts the 15-time major winner among a select band of legendary sports comebacks.

Woods worked the golf world into a frenzy on Thursday when he carded a one-under par 71 in his first round of competitive golf since a car crash that nearly resulted in doctors amputating his right leg 14 months ago. The 46-year-old made the cut, but four rounds on the undulating layout proved too much as Woods closed with six-over 78s on Saturday and Sunday, his worst-ever scores at Augusta National that left him 23 shots behind winner Scottie Scheffler.

For golf fans the Woods saga has conjured the memory of Ben Hogan, one of the sport's all-time greats. Hogan suffered multiple injuries in a near-fatal car accident in 1949 that left doctors fearing he might never walk again, but went on to win six majors.

"He didn't have the technology we have now, but the amount of hot tubs he had to take pre-round, post-round, in the middle of the night, just to be able to get up and swing a club the next day, I certainly appreciate that," Woods said in Augusta.

"If I had to go through with my accident, given what had happened to me, during his era, I wouldn't be playing this week, that's for sure."

Hogan is one of a handful of sporting star names fans could expect to hear uttered in the same conversation as Woods' remarkable return.

Another is former tennis number one Monica Seles, who was unable to compete for more than two years after an on-court knife attack, but came back to win the Australian Open in 1996. Also in the rare group would be Canadian ice hockey great Mario Lemieux, who overcame cancer and came back from a three-year retirement in 2000 before winning Olympic gold for Canada in 2002.

Three-time Formula One champion Niki Lauda's Ferrari burst into flames at the 1976 German Grand Prix. He was nearly killed by smoke inhalation and suffered severe burns, but the Austrian was back in the cockpit six weeks later and would go on to win two more championships after the crash.

Woods demurred when compared with such heroics, stating he was happy to be playing again after years of surgery and personal problems.

"Just to be able to play, and not only just to play, but I put up a good first round," said Woods. "I got myself there.

"I don't quite have the endurance that I would like to have had, but a few weeks ago, didn't even know if I was going to play in this event.

"To go from that to here, we're excited about the prospects of the future."