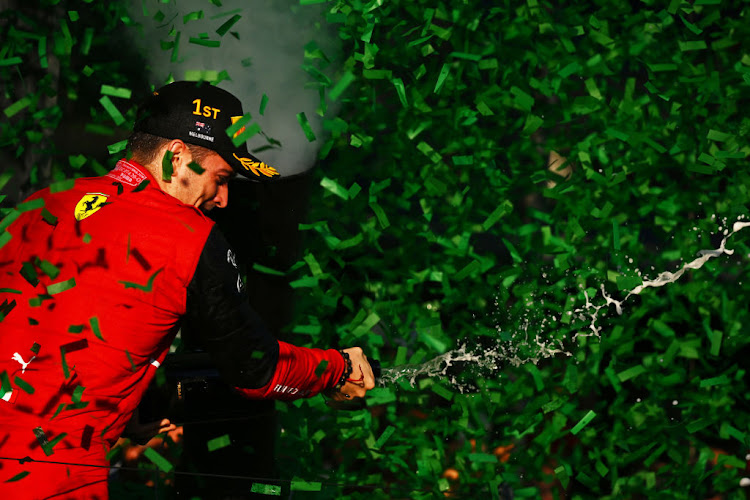 Charles Leclerc claimed his second win of the Formula One season for Ferrari with a pole-to-flag victory at the Australian Grand Prix on Sunday as Red Bull's world champion Max Verstappen suffered "deja vu" with another retirement.

Leclerc's car showed impressive pace and performance on the upgraded Albert Park circuit to seal his fourth career win ahead of Red Bull's runner-up Sergio Perez, while third-placed George Russell grabbed his second podium and first for Mercedes in an encouraging day for the struggling constructors' champions.

"What a race and what pace," said a thrilled Leclerc on the team radio, having finished more than 20 seconds ahead of Perez in the 58-lap race.

Leclerc has now built a 34-point lead over Russell in the F1 championship.

Verstappen was second behind the Monagesque leader when his RB18 car suffered a reliability problem and rolled to a halt during his 39th lap with smoke billowing.

"I smell some weird fluid," said Verstappen before coming to a stop at turn two.

It was a similar outcome to the season-opener in Bahrain, where Verstappen retired three laps from the end while on course for a second-place finish.

Lewis Hamilton finished fourth for Mercedes after starting fifth on the grid, having been passed by Russell due to a safety car deployment.

A first safety car was activated a few minutes into the session after Ferrari's Carlos Sainz, who started ninth on the grid after set-up troubles in qualifying, spun out of the race on hard compound tyres. 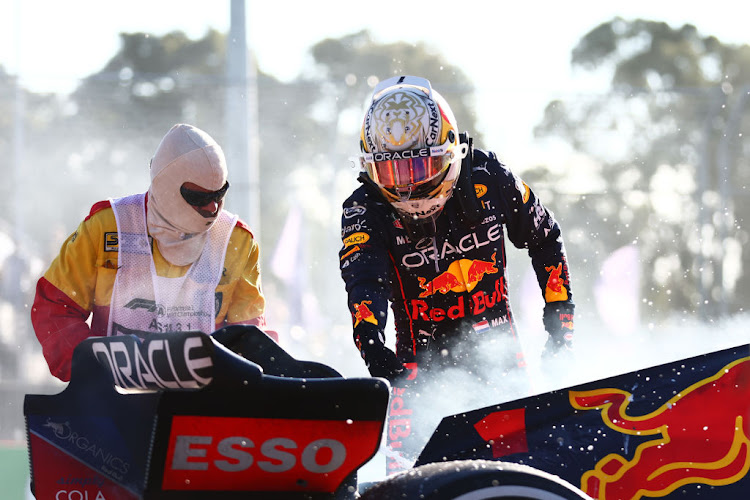 Max Verstappen and a track marshal tend to the fire in his car after he retired from the race during the F1 Grand Prix of Australia at Melbourne Grand Prix Circuit on April 10, 2022 in Melbourne, Australia.
Image: Mark Thompson/Getty Images

After skidding into grass, his car spun back onto the track, somehow missing oncoming traffic before coming to a stop in gravel at turn 10.

He had narrowly avoided a collision with other cars at the first corner, after falling back to 13th place in a terrible start.

Sebastian Vettel also finished early, locking up on a kerb at turn four before shunting his Aston Martin into a wall and leaving a trail of debris across the track.

It capped a forgettable return to racing for the German four-times world champion, who missed the first two races after a positive Covid-19 test.

Vettel's crash saw the safety car deployed again, and Russell capitalised by pitting before rejoining in third place in front of Perez and Hamilton.

Leclerc's lead was wiped out by the safety car and nearly taken as Verstappen swooped after the restart but the Monagesque saw off the Dutchman and built his lead.

Russell fought hard to hold off Perez but was finally passed at the 37th lap.

Russell then held Hamilton off to seal his podium.

Lando Norris and Daniel Ricciardo finished fifth and sixth respectively as McLaren showed improvement after a poor start to the season.

Organisers said an estimated 420,000 people flocked to Albert Park over the race week, making it the biggest attendance for a weekend sporting event in Australia.