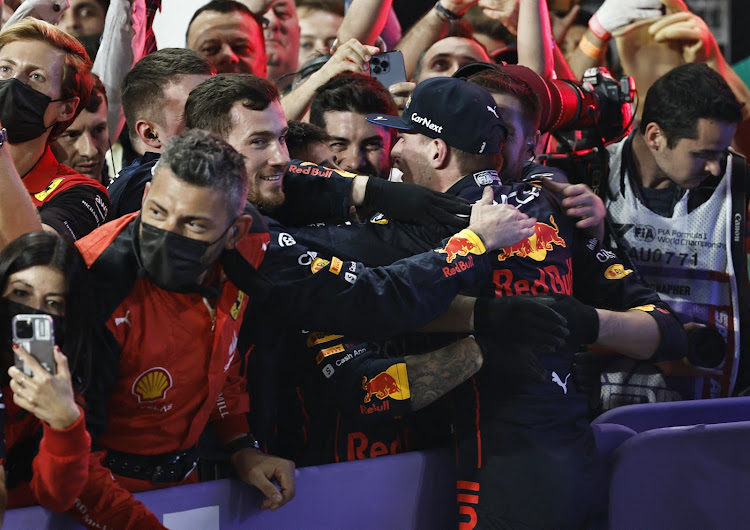 Formula One champion Max Verstappen swept past Ferrari rival Charles Leclerc four laps from the finish to take his first win of the season at Sunday's Saudi Arabian Grand Prix.

The Dutchman, who had started fourth, crossed the line just half a second ahead of Leclerc, who keeps the championship lead, having led a Ferrari one-two in last week's season-opening Bahrain Grand Prix.

Spaniard Carlos Sainz was third for the Italian team.

The win was the 21st of Verstappen's career and handed him his first points of the year after Red Bull's double retirement in Bahrain.

His team mate Sergio Perez, who finished fourth, was unable to convert his first career pole into victory after the Mexican's strategy was undone by the safety car.