First prize money cut in half, while entry fee rises 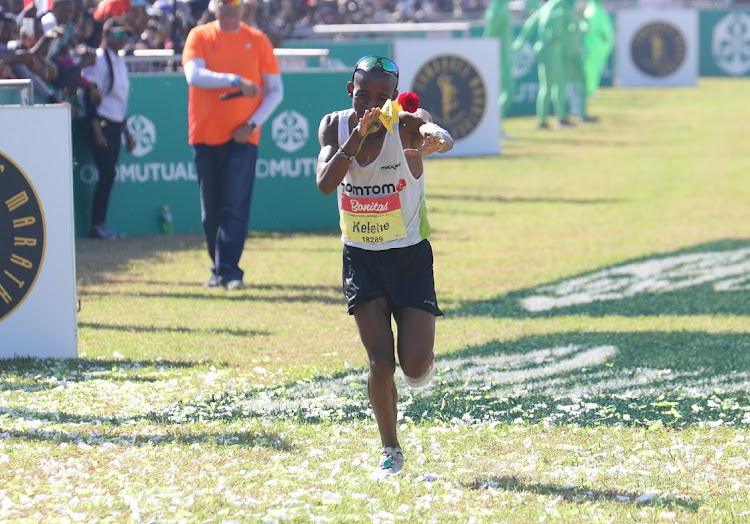 Comrades Marathon Association's (CMA) decision to lower the winner's prize money while increasing the entry fees has been described as a rip-off by some elite athletes.

The CMA revealed yesterday during the launch of this year’s ultra-race, which is set to take place on August 28, that the winner's prize for both the men's and women's races has been lowered from R525,000 to R260,000.

They also confirmed that the entry fees for this year’s race will be R1,200 for South Africans, R2,000 for the rest of Africa and R4,400 for the international runners from outside the continent.

However, runners Gift Kelehe and Ludwick Mamabolo, who both won the race in the past, feel this is a rip-off.

“It is a shame but what can we do? They are lying when they say other marathons have reduced prize money around the world,” Kelehe told Sowetan yesterday.

“You are reducing the prize money but you are increasing the [entry fee]; does it make sense?

“Three years ago I said Comrades should be paying winners a million rand. Instead of moving up we are going backward.

Mamabolo also echoed Kelehe’s sentiments and said the CMA was robbing the athletes.

“They are killing us. Remember we have two years doing nothing. It is not fair; it is too little for 90kM,” Mmabolo said.

“The reality is they are killing us as athletes. They increased the entry fee to R1,000. That's a rip-off for us. To run 90ks and give someone that money, I’m not happy. I’m not going to hide it. But for the love of sport, we will do it.”

CMA chairperson Mqondisi Ngcobo explained why they decided to reduce the prize money.

“You will recall that even the London Marathon and others all over the world have had to cut the prize money because we are all affected by the Covid-19 pandemic,” Ngcobo told this paper.

“Our two main revenue streams are entries plus sponsors. The fact that we have not been taking entries for the past two years meant we had to absorb a lot of operational costs.

“It was also difficult for the sponsorship market to invest when there was no exposure for them in a form of physical competition.

“So we had to look at the budget and see where we could cut and we thought as once-off this year we decided to cut it and next we will revisit the prize money.”

The Comrades Marathon Association (CMA) has announced that the centennial race will take place on an unfamiliar date of August 28 next year and not ...
Sport
9 months ago

KwaZulu-Natal is facing a whooping R700m in lost tourism revenue after the cancellation of the 2021 Comrades Marathon.
Sport
1 year ago
Next Article