Veteran left to fight off young brigade on his own 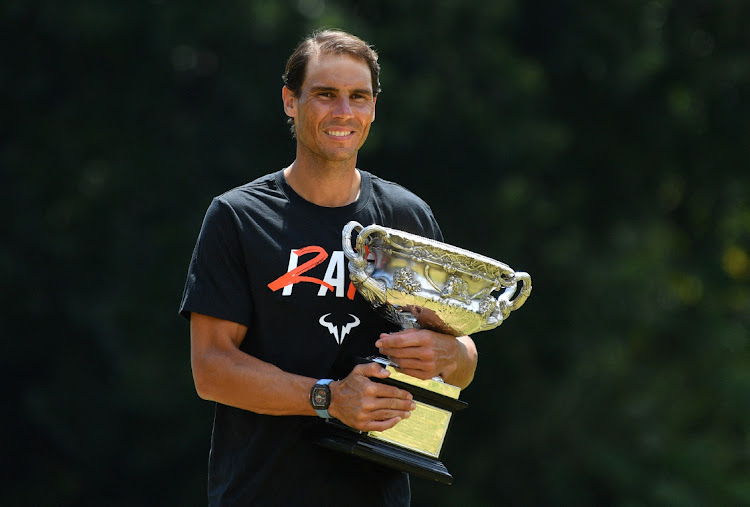 Not only did Rafa Nadal's staggering comeback victory over Daniil Medvedev in the Australian Open final earn him a men's record 21st Grand Slam title it also showed once again the folly of assuming a new order is seizing power in men's tennis.

When Medvedev ambushed Novak Djokovic's hopes of reaching 21 and a first men's calendar-year Slam since 1969 in last year's US Open final, it felt like a seismic shift with the Russian leading a takeover at the top.

That looked even more likely when the 35-year-old Nadal arrived in Melbourne after almost six months out with a foot injury as the lone rider of the fabled "big three".

Roger Federer was back in Switzerland rehabilitating his injured knee while nine-times Australian Open champion Djokovic was embroiled in a visa row sparked by his decision not to have a Covid-19 vaccine and was eventually be deported.

It left Spaniard Nadal, battle-scarred and having recently tested positive for Covid, to fight off the young vanguard single-handed - surely a task too much for even the greatest warrior tennis has ever seen.

Djokovic's self-inflicted exile left Medvedev as the red-hot favourite, and if it wasn't him to lift his second Grand Slam title, surely one of Olympic champion Alexander Zverev or Stefanos Tsitsipas would step up to make his big breakthrough.

Nadal, seeded six, had never flown so low under the radar leading into a Grand Slam tournament, even if he had won a warm-up event in Melbourne the week before.

Yet the warrior-like instincts kicked in and we were all reminded that Nadal, as long as he is standing, remains a physical and psychological force of nature on a tennis court.

Russian powerhouse Karen Khachanov (25), Canadian Denis Shapovalov (22) and Italian Wimbledon runner-up Matteo Berrettini (25) all succumbed as Nadal surged through the draw, before completing the greatest comeback of his career to outlast Medvedev in a five-hour 24 minute epic.

It means Nadal, a few months after doubting whether he would return at all, is now leading the race to end with the most Grand Slam titles, when the assumption had been that Djokovic would be the one to reach uncharted territory.

The French Open will be Nadal's next target and after his astonishing feats in Melbourne, few would dismiss his chances of adding a 14th title on the Parisian clay - the surface that has under-pinned his career. - Reuters

Rafa Nadal edged Daniil Medvedev in a classic Australian Open final on Sunday, roaring back from two sets down to claim a record 21st Grand Slam ...
Sport
6 months ago

Nadal turning the improbable into reality

Almost five months after Rafa Nadal posted a photograph of himself on crutches after a medical procedure, the 35-year-old Spanish great is within ...
Sport
6 months ago

Rafa Nadal survived a mammoth first-set tiebreaker before going on to beat fellow lefty Adrian Mannarino 7-6(14) 6-2 6-2 and reach the quarter-finals ...
Sport
6 months ago
Next Article