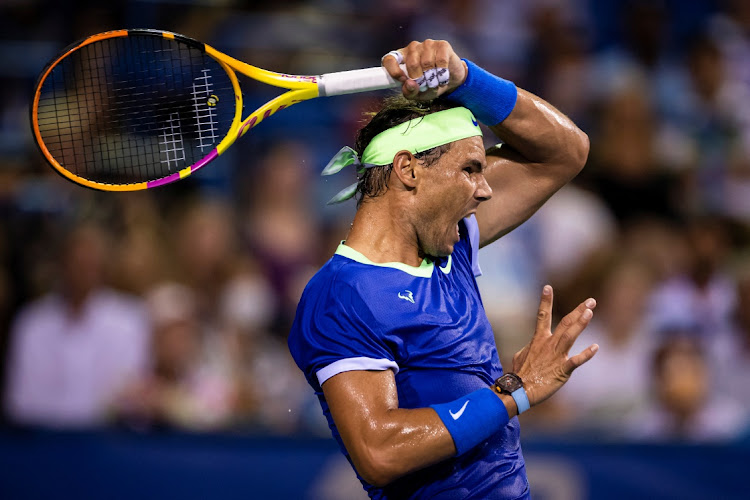 Andy Murray said he is relishing the opportunity of facing Rafa Nadal for the first time in more than five years with the pair due to meet in Abu Dhabi later on Friday.

Murray, 34, beat Dan Evans 6-3 6-2 on Thursday and will face Nadal for a spot in the final of the exhibition event, his first meeting with the Spaniard since the 2016 Madrid Open semi-final when the Scot won 7-5 6-4.

Nadal, 35, last competed in August and has spent four months on the sidelines with a foot injury. He also struggled with back problems earlier in the year.

"I think the last time we played was five or six years ago, it's a really long time. It shows the sort if struggles that I've been through for a few years, and him more recently. It'll be nice to play each other again," said Murray, who had hip surgery in 2018 and 2019.

"I want to be playing these guys in the biggest competitions again, that's something that motivates me ... Hopefully we can put on a good performance for a couple of old guys."

Win against Sinner convinces Murray he can compete at the top

Former world number one Andy Murray is convinced that he can once again compete at the top level after taking down Italian Jannik Sinner at the ...
Sport
9 months ago

Where is Zhang Gaoli? Chinese politician accused by tennis star Peng keeps out of sight

Even as Chinese tennis star Peng Shuai appeared on a video call with the Olympics chief, the former vice premier she accused of sexual assault has ...
Sport
8 months ago

World number one Novak Djokovic said tennis must stand together over the apparent disappearance of Chinese player Peng Shuai and described the ...
Sport
8 months ago
Next Article