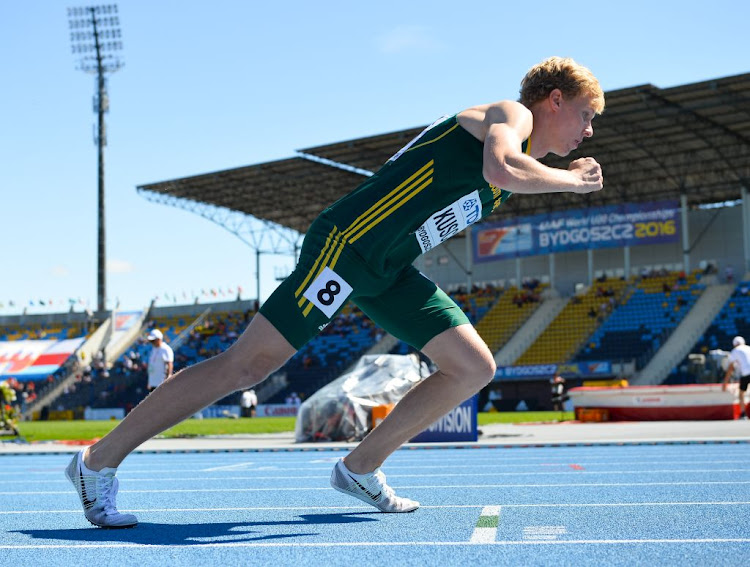 File picture of George Kusche of South Africa in the heats of the mens 800m during day 4 of the IAAF World Junior Championships at Zawisza Stadium in Bydgoszcz, Poland.
Image: Roger Sedres/Gallo Images

The former Affies pupil who competes for Northern Arizona University ended 12th overall in the season-opening competition in only his second attempt over this distance in indoor rivalry. He went 14:22.75 in February 2019.

Kusche sliced more than a second off the 13:30.55 national mark set by Adrian Wildschutt of Florida State University at an NCAA meet earlier this year.

Until then the record had been owned for 40 years by SA legend Sydney Maree, who went 13:38.3 in a hand-timed performance in New York in 1981.

Indoor tracks are half the length of 400m outdoor tracks, and with no indoor facilities in SA, every single indoor national record has been achieved at venues abroad, all of them in the northern hemisphere.