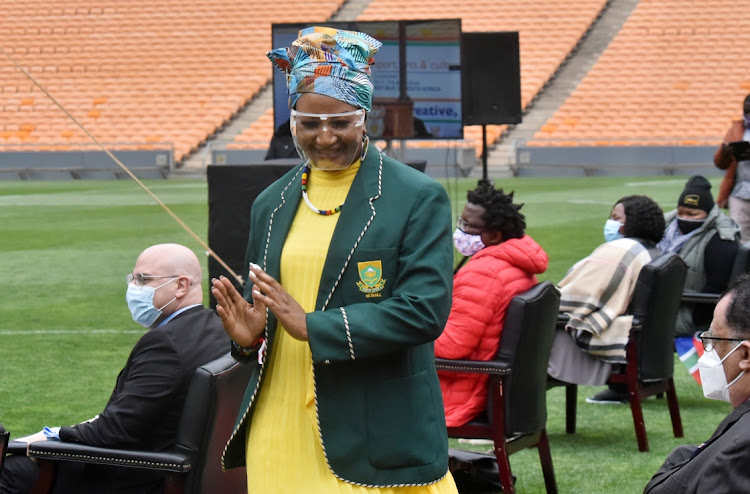 Netball SA (NSA) is forging ahead with its plans to prepare the Proteas for the Commonwealth Games in Birmingham, England, next year.

NSA president Cecilia Molokwane could not contain her excitement after receiving an invitation to play the four nations tournament against host England, Australia and New Zealand in the UK in January.

Subject to Covid-19 travel restrictions, the four international sides will take to the court on January 15, 16, 18 and 19 at the Copper Box Arena in London, playing a total of eight games across the series and each competing to win the coveted Netball Quad Series trophy.

Molokwane reflected on the Proteas season, and she was full of praise about their performance on the court.

Last week, the Proteas defended their Africa netball title in Namibia, defeating Malawi 56-39 to end their year on a high note.

They successfully toured Ireland and Northern Ireland, winning all their matches after their tour in Jamaica was cancelled due to Covid-19 traveling restrictions.

The Commonwealth Games will take place in Birmingham in July next year.

“I am excited about the four nations tournament in London. It will be ideal preparation for the Commonwealth Games next year. We will start with the Diamond Challenge before going to London. The games against the top nations will provide our girls with the preparation they need. Next year will be a busy year, and we are ready for it,” Molokwane told Sowetan yesterday.

Molokwane said the girls had received hefty bonuses for defending their title at the Africa Cup of Nations in Namibia.

“They are smiling to the bank. We gave them huge bonuses, and they deserve it. We have to celebrate them and encourage their good work. We must normalise giving incentives to reward hard work.

"It’s been a difficult year with the Covid-19 restrictions and we could not travel to certain parts of the world. We prioritised lives over the tour of Jamaica. We played for the rankings in the UK and Namibia,” said Molokwane.

Africa Netball Cup Champions, the Spar Proteas, kickstarted their defence campaign with 78-27 win against neighbours Zimbabwe in match three of the ...
Sport
3 weeks ago

The Jaguars made history by securing their fifth Telkom Netball league title in Rustenburg after beating the Southern Stings 53-41 in the cup final ...
Sport
1 month ago

The Spar Proteas coach Dorette Badenhorst has declared their tour of Europe a success after they won all their matches.
Sport
1 month ago

After the last-minute cancellation of their tour to Jamaica due to Covid-19 restrictions, the Proteas received a dose of good news yesterday.
Sport
1 month ago
Next Article