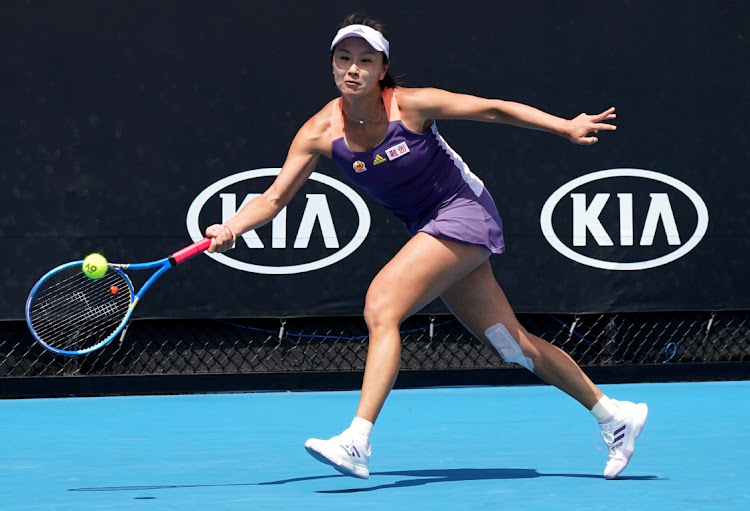 Chinese tennis player Peng Shuai has been staying in her own home "freely" and will make a public appearance "soon", Global Times editor-in-chief Hu Xijin, a prominent state-media journalist, said on Saturday.

Former doubles world number one Peng has not been seen or heard from publicly since she said on Chinese social media on Nov. 2 that former vice-premier Zhang Gaoli coerced her into sex and they later had an on-off consensual relationship.

Neither Zhang nor the Chinese government have commented on her allegation. Peng's social media post was quickly deleted and the topic has been blocked from discussion on China's heavily censored internet. 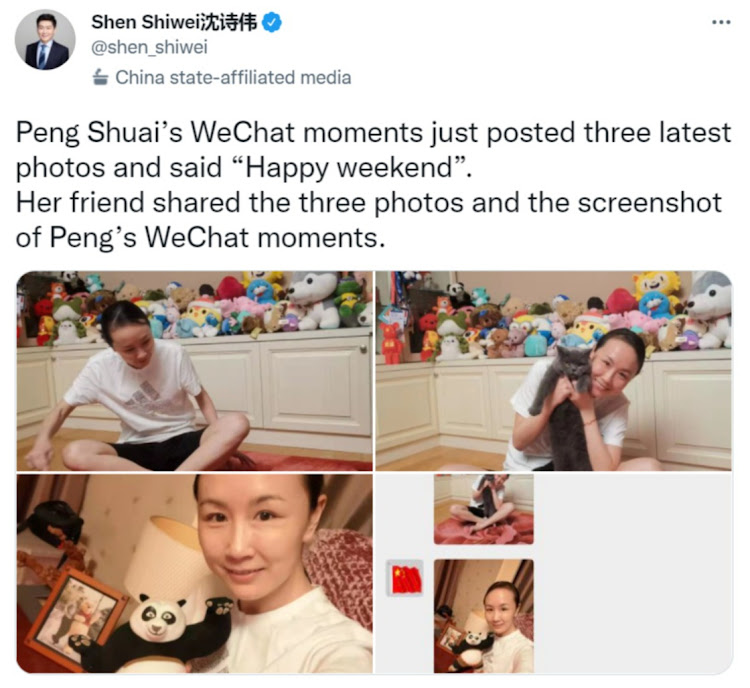 A Tweet from Chinese journalist Shen Shiwei's Twitter account allegedly showing recent photos of Chinese tennis player Peng Shuai, which have not been independently verified by Reuters, are seen in this screen grab obtained via social media on November 20, 2021.
Image: SOCIAL MEDIA WEBSITE

"In the past few days, she stayed in her own home freely and she didn't want to be disturbed. She will show up in public and participate in some activities soon," Hu wrote.

The Global Times is published by the People's Daily, the official newspaper of China’s ruling Communist Party.

Hu said he had confirmed through his sources that photos shared on Twitter by a journalist working for Chinese state media, purportedly showing Peng at home, depicted her "current state".

Reuters was not able to verify the authenticity of the pictures independently.

Amid growing concern about her whereabouts, the Women's Tennis Association (WTA) has threatened to pull tournaments out of China and the men's ATP has demanded clarity from the Chinese authorities. The United States has called for proof of Peng's whereabouts and safety.

The International Olympic Committee could be pushed into taking a hard line with the 2022 Beijing Olympic hosts, senior IOC member Dick Pound has told Reuters.

Thus far the IOC has declined to comment on Peng's matter, saying it believed "quiet diplomacy" offered the best opportunity for a solution.