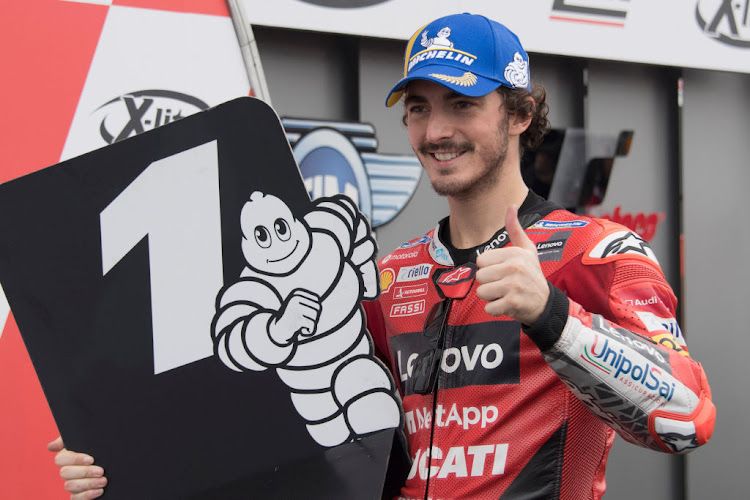 Bagnaia, 52 points behind Quartararo in the standings with three races left, topped the time charts to move into Q2, where he set the fastest lap again with a time of 1:33.045 to claim his fourth consecutive pole and fifth of the season.

Tricky conditions at the Misano Circuit led to several riders sliding off as the wet track dried up and yellow flags ruined lap times.

Quartararo failed to qualify for Q2 for the first time in his MotoGP career and a yellow flag infringement led to his best lap being cancelled, meaning the Frenchman will start Sunday's race from 15th on the grid.

"I'm very happy, this morning I struggled a bit with the new wet tyres, we don't know why," Bagnaia said in a pit lane interview. "When I put new rear tyres, I struggled a lot. They overheated and it was very difficult to set a good time.

Formula One will race in Qatar for the first time in November with a 10-year deal then following from 2023 once the country has hosted the 2022 ...
Sport
8 months ago

"But in these conditions, you have more laps to get some confidence with your bike and finally I had a bit of luck... I'm very happy, to finish the best way possible in front of our fans was incredible."

Bagnaia's team mate Jack Miller was just 0.025 seconds slower and will start second on the grid while Luca Marini on the Avintia Ducati starts third – his first time on the front row.

"Just trying to get a tidy lap together wasn't easy," Miller said, adding that riders found grip hard to come by as it was difficult to get temperature in the tyres.

Honda's Pol Espargaro missed out on the front row by a whisker and starts fourth alongside KTM's Miguel Oliveira and Quartararo's team mate Franco Morbidelli.

Former champion Marc Marquez starts from seventh on the grid while veteran rider Valentino Rossi will start 23rd in his final race on home soil.