'I am excited about the Durban event' 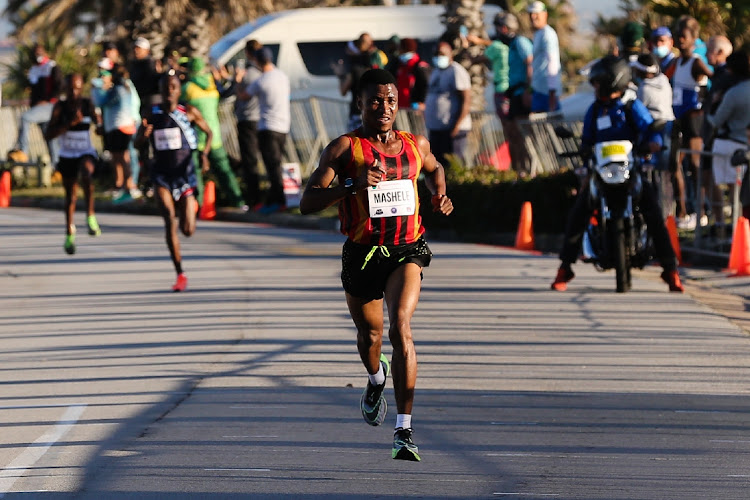 Olympian Precious Mashele is excited about the prospect of becoming a double 10km champion at the same event.

The Absa 10km City Run will take place in Durban on October 31, and the event will double as the Athletics SA (ASA) 10km championships.

Mashele, who celebrated his 31st birthday last week, is the favourite to win the two titles, and he cannot wait to hit the road.

The Polokwane-born athlete secured fourth place at the PKO Poznan Half-Marathon in Poland with a personal best of 60:00.

“It’s been an unbelievable year for me. I am excited about the Durban race. I am still hungry to run and win races. I am happy that we have more opportunities to race. It is the most important thing for me,” said Mashele.

Mashele is a man of few words, and he wants his work to talk for itself.

The man, who trains at Zoo Lake in Johannesburg, with a group of runners coached by SA long-distance legend Hendrick Ramaala, said he learned a lot at the Olympics in July.

'My run in Cape Town Marathon still feels like a dream'

The joy of running a new personal best over 42.2km at the Sanlam Cape Town Marathon is still overflowing for SA's prominent long-distance runner ...
Sport
7 months ago

The coach of long-distance athlete Stephen Mokoka says the veteran must redeem himself for failing to complete the Olympic marathon in July by coming ...
Sport
7 months ago

The wait is almost over for long-distance sensation Gerda Steyn to run in her first 42.2km marathon race in SA.
Sport
7 months ago
Next Article