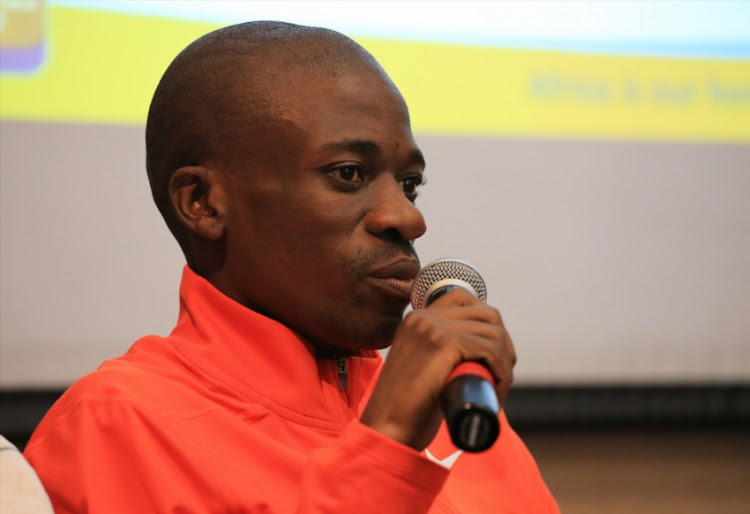 The coach of long-distance athlete Stephen Mokoka says the veteran must redeem himself for failing to complete the Olympic marathon in July by coming out tops at this weekend's Sanlam Cape Town Marathon.

Renowned athletics coach Michael Seme told Sowetan yesterday there are no excuses for his top athlete not to win the eagerly awaited 42.2km race taking place at the Newlands Stadium on Sunday from 6.15am.

About 9,000 runners divided into groups of 30 will take part in the marathon.

Mokoka, 36, did not complete the race in the Tokyo Olympics in Japan due to extremely hot conditions at the marathon venue at the city of Sapporo. The race was won by Kenyan superstar Eliud Kipchoge (2:08:38), followed home by Somalian-born duo of Abdi Nageeye (running for Netherlands) and Bashir Abdi (Belgium).

Seme described what happened in Tokyo as an embarrassment, insisting that it was not befitting of Mokoka.

“He let his training group down. That was not the Mokoka that we knew.  He has to atone by winning the Cape Town Marathon. He has prepared well and there are no excuses for him not to win the race. He must run a 2:08 flat to win the race,” said Seme.

At 36, Mahikeng-born Mokoka is the same age as Kipchoge, the world record holder (2:01:39). The Boxer Running Club star can therefore still fancy his ability to carry the hopes of SA in Cape Town.

Other local elites in the men's race include 2020 champion Edward Mothibi and Gladwin Mzazi.

Gerda Steyn, the winner of the Comrades Marathon and the Two Oceans Marathon titles in the same year in 2019, will be making her Cape Town Marathon debut on the day. Also in the women's race is defending champion Annie Bothma.

The SA pair face tough challenge from Kenyan Lucy Kirimi of Kenya, the fastest female marathoner in the field with the time of 2:24:24 she set at the Geneva Marathon this year.

The wait is almost over for long-distance sensation Gerda Steyn to run in her first 42.2km marathon race in SA.
Sport
10 months ago

The Comrades Marathon Association (CMA) has announced that the centennial race will take place on an unfamiliar date of August 28 next year and not ...
Sport
10 months ago
Next Article