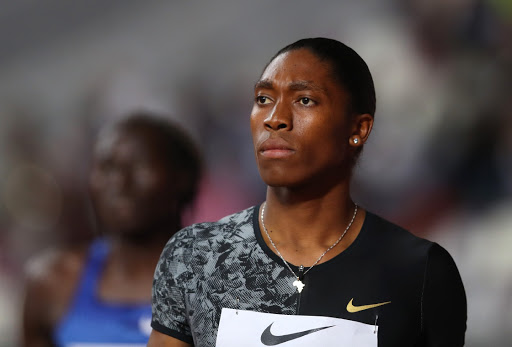 Former Olympic and world 800m champion Caster Semenya has called for the removal of the current leadership of World Athletics, saying they are destroying the sport.

Semenya, who is involved in a fresh battle with World Athletics to have controversial testosterone regulations scrapped, said on Friday that the body's council are not worthy of their positions.

“If I were to say it in short, justice should be served and those people don’t deserve to be sitting in those chairs,” Semenya said while viewing the Spar 10km Grand Prix race in Centurion on Friday.

“The whole council that is there have been supporting this nonsense. If you were to say they need to be re-elected, I’ll say we need to find great leaders so that they can build the sport and not destroy it.

“We are just hoping that justice will be served so that all the girls who have been affected by this decision can go back to run in their favourite events.

“For me it is nothing because I have achieved anything that I have ever wanted. If you look at my accolades, I have won all the major titles. For now, mine is to inspire the youth so they can be better.”

It recently emerged that the British Journal of Sports Medicine, which published the original evidence on the regulations four years ago, has now released a “correction” to that 2017 paper.

The correction has led campaigners to argue that the rules, which prevent athletes with differences of sexual development (DSD) from competing at distances between 400m and the mile, unless they take hormone-reducing drugs, be ditched immediately.

Semenya, who refused to take hormone-reducing drugs, did not defend her double Olympic 800m title in Tokyo, but there is a strong possibility of making a return after World Athletics’ scientists admitted some of their findings were “on a lower level of evidence”.

“To be honest it is quite disappointing for a leadership to act in that manner, it shows that people can go to any extent to try and destroy one’s career,” she said about World Athletics’ decision to stop her from running in her favourite events.

“I always knew that their study is flawed and there is nothing good about it because I questioned it before that, asking, 'If you say you have researched, who approved it?' I have asked if it is valid or is it practical but we have never received answers.

“For me, I felt like they wanted me to age so that whenever anyone decided to say the studies were misleading, I would probably be older. It is bull, if I were to say it like that.

“At the end of the day if you are a leader and you come into an organisation you should come and act in the best interests of the athletes and not for yourself and want people to feel your presence.”