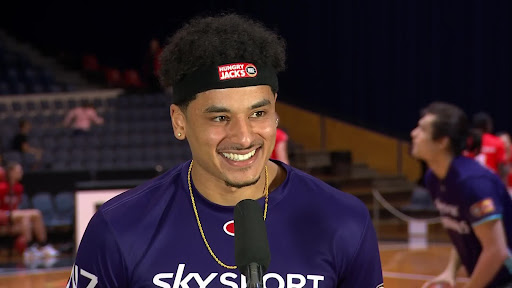 The New Zealand Breakers basketball team released guard Tai Webster on Monday after he decided not to be vaccinated against Covid-19.

The Breakers play in Australia's National Basketball League (NBL) and were based on the other side of the Tasman Sea for most of last season because of Covid-19 travel restrictions.

They look set to relocate to Australia for at least the beginning of the 2021-22 season and Webster's decision not to be vaccinated would complicate travel arrangements.

"I fully support each player's freedom of choice in regards to the vaccine," Breakers owner Matt Walsh said in a news release.

"The club will keep the door open for Tai but unfortunately we are living in extraordinary times and without being vaccinated he will not have freedom of travel which would allow him to play for us this season."

Webster, a New Zealand international who played college basketball in the United States at Nebraska, enjoyed a breakout season in 2020-21 and signed a new two-year deal with the team in July.

The new NBL season is scheduled to get underway on November 18 but the league is looking at putting back the start date to a point where vaccination rates in Australia might allow the presence of inoculated fans at games.