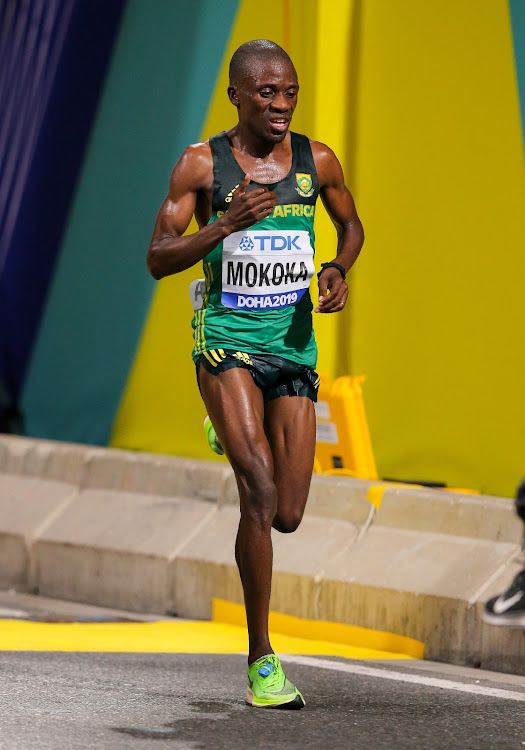 Organisers of the Sanlam Cape Town Marathon have promised a memorable race for the elite runners on October 17 in Cape Town.

Men's course record holder Stephen Mokoka will lace up again for the race. Mokoka smashed the Cape Town Marathon record in 2018 when he clocked 2:08:31. The previous record of 2:08:41 (2016) was held by Asefa Mengista of Ethiopia.

Mokoka is married into marathon-running royalty as his wife Zintle is the daughter of former national record holder and now late Zithulele Sinqe. The current SA 42.2km record of 2:06:33 (1999) is held by now retired Gert Thys.

In the women’s race, reigning Comrades Marathon champion Gerda Steyn, who finished 15th at her first Olympic Games in Tokyo, Japan, last month, is among the contenders.

She will run against hot favourite Kenya’s Lucy Karimi, who boasts a personal best of 2:24:24.

Karimi said she was coming to the Mother City to win the women’s marathon. “There is pressure for me to win the race, and I am going to push for a win. I am in the best shape of my life and ready to run in the marathon,” said Karimi.

Her compatriot Naomi Jepkosgei Maiyo, who finished fifth in this race in 2017, confirmed her participation.

Nurif Shimels of Ethiopia, who finished second at the Sanlam Cape Town Marathon in 2019 in 2:27, is also coming back.

Cape Town Marathon chairperson Francois Pienaar said the idea is to attract the best possible elite runners to give the local runners good competition after many months of running virtual races.

“We want to see people running again. It has been a painful 18 months of no marathon races, and we want to change that. This year the race is only for the elite runners, and we hope to have everyone running again in 2022. We are excited about the marathon, and we are working on the Covid-19 regulations,” he said.

Ethiopian Tadu Nare of Nedbank is running away with the Spar women’s 10km Grand Prix.
Sport
11 months ago

Ethiopian middle and long distance runner Tadu Nare of Nedbank will be the athlete to beat in the Cape Town leg of the Spar Grand Prix 10km race at ...
Sport
11 months ago
Next Article