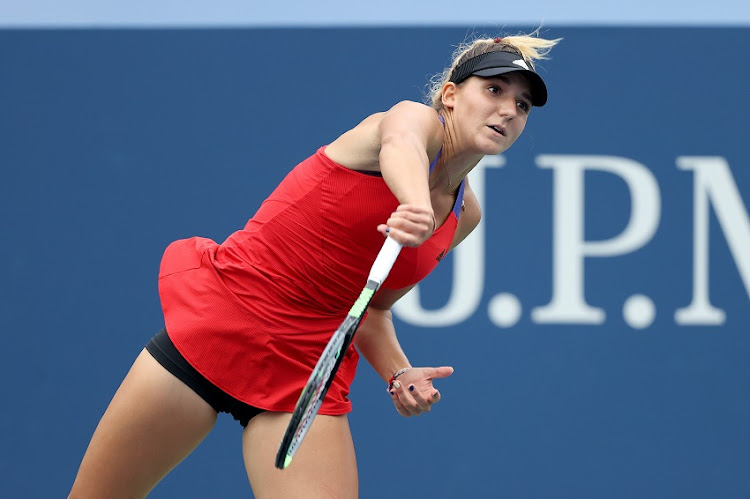 Elina Svitolina of Ukraine serves the ball against Rebeka Masarova of Spain during her Women's Singles second round match on Day Three of the 2021 US Open at the Billie Jean King National Tennis Center on September 01, 2021 in the Flushing neighborhood of the Queens borough of New York City.
Image: Al Bello/Getty Images

Ukrainian fifth seed Elina Svitolina said being married to fellow professional Gael Monfils was not a distraction but instead a source of motivation when they are on tour together.

The 26-year-old, who tied the knot with Monfils in July, said a healthy competition between the pair has had a positive impact on their performances at the U.S. Open.

Svitolina strolled to a 6-4 6-2 win over Russia's Daria Kasatkina to set up a fourth-round clash with two-times Grand Slam champion Simona Halep, while Monfils will take on Italian Jannik Sinner in the third round on Saturday.

"It's a big motivation for both of us because we both are in the tournament and both very competitive. We try to put everything (that) is possible to go far in the tournament, try to do better than the other one," she said.

"I'm happy that we're playing different days because then we can focus on one person. I'm very happy that Gael is playing well and winning.

"If I won today, tomorrow he will be really pumped to do everything in his power to win... It's very nice to have someone next to you at the same sport and top level who understands and who supports you and shares the same goals."

While Svitolina likes to focus on one match at a time, she said Monfils prefers to look a few matches ahead to keep an eye on possible opponents.

"I try to tell him it's not a good sign," she said with a laugh, adding that she probably checks Monfils' draw more than her own.

"No, he's very professional. For sure he does everything, all his preparations, for his upcoming match. Mine, I look match by match."