'Everyone suddenly is against me': Tsitsipas defiant on U.S. Open exit 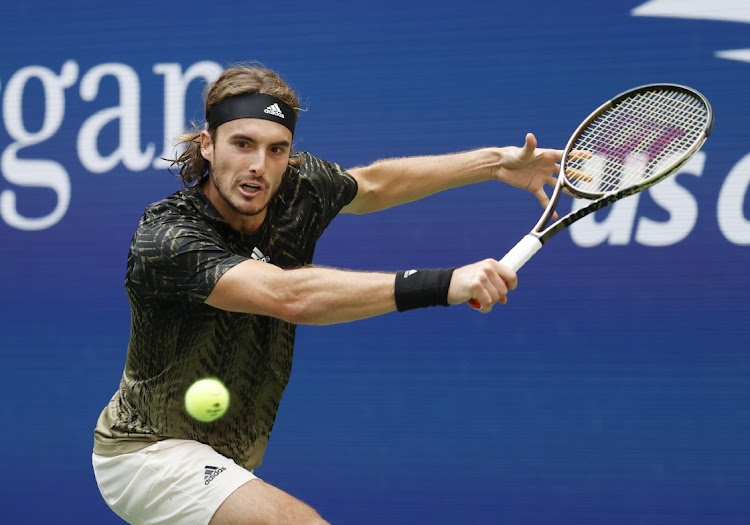 Stefanos Tsitsipas of Greece hits a shot against Carlos Alcaraz of Spain in a third round match on day five of the 2021 U.S. Open tennis tournament.
Image: Jerry Lai

World number three Stefanos Tsitsipas was defiant as his Grand Slam hopes evaporated on Friday, saying "everyone suddenly is against me" and insisting he was innocent of wrongdoing in a bitter saga over bathroom breaks at the U.S. Open.

The Greek unwillingly assumed the role of tournament villain at Flushing Meadows when Briton Andy Murray accused him of cheating over a lengthy trip to the bathroom at a critical point in their first-round match.

"I feel it influenced the outcome of the match," Murray said of the nearly eight-minute break, although Tsitsipas insisted he had not broken any rules.

He again retreated to the locker room for more than seven minutes two days later after opponent Adrian Mannarino won a third-set tiebreak in the second round.

Tsitsipas won the affair in four sets but lost what affection he had left from the crowd, as spectators jeered him over the move.

The debate over toilet breaks finally closed out in dramatic fashion as 18-year-old Carlos Alcaraz handed Tsitsipas a shock defeat in five sets and the rowdy New York crowd again booed him for stepping into the locker room at a crucial point in the match.

Two-time champion Naomi Osaka's U.S. Open title defence ended in tears on Friday, as she suffered a stunning defeat in the third round to Canadian ...
Sport
2 months ago

"I took my toilet break as a normal athlete," Tsitsipas said afterward, adding that he had only changed from wet clothes to dry clothes.

"Might have taken a bit longer than other athletes. But if there is a rule that says there's a specific amount of time that you are allowed to take, then I would probably try and follow that protocol, that rule."

Mannarino was among those to suggest that while Tsitsipas hadn't necessarily violated protocol with his behavior, "the rule is wrong."

"Review of rules around toilet breaks, in addition to medical time outs, has been an area of focus in recent months. This remains work in progress," ATP spokesperson said this week.

Former champion Sloane Stephens, who lost in the third round on Friday, also called for a rule change, saying the extended bathroom breaks were a form of "gamesmanship."

The WTA said that it was "always open to conversation and evolving rules if changes are necessary," noting that in 2019 it reduced the number of breaks a player can take during its matches from two to one.

Tsitsipas ended the English-language portion of this press conference on Friday by pointing the finger at other players, saying he had not complained in the past when competitors took their time in between first and second serves.

"There is not a rule for that that says how much time you have to take between two serves. But I respected it," he said. "These players that everyone knows they're taking so much time but no one says anything.

"I don't know why everyone suddenly is against me."

Argentine Diego Schwartzman overcame big-serving Kevin Anderson of SA and multiple weather interruptions to move into the US Open third round with a ...
Sport
2 months ago

Naomi Osaka returns to the Grand Slam stage at the US Open on Monday and the buzz will also be back with fans bringing the celebrated New York energy ...
Sport
3 months ago

Tennis fans 12 years or older will be required to show proof of a Covid-19 vaccine in order to attend the U.S. Open, tournament officials announced ...
Sport
3 months ago
Next Article