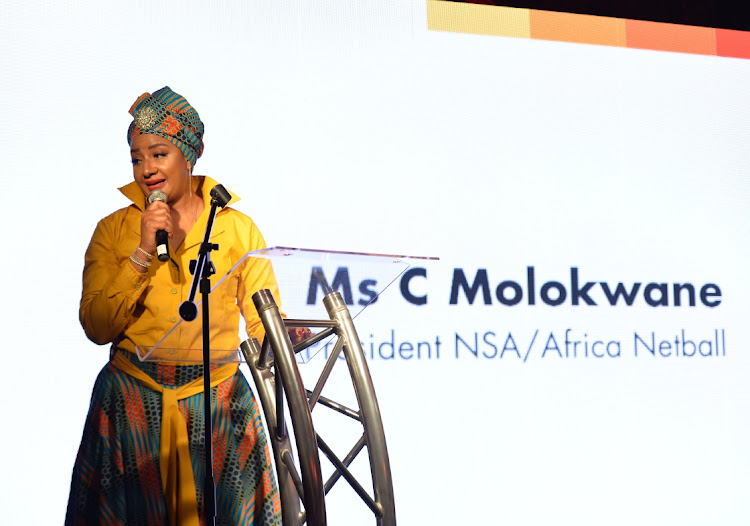 Netball SA (NSA) is searching for a new chief executive after the post was declared vacant and advertised.

NSA did not renew the contract of current CEO Blanche de la Guerre after it expired last month. The federation is looking to fill the position before the September 15 deadline.

NSA president, Cecilia Molokwane, confirmed the vacancy and in a startling admission revealed that De la Guerre was also welcome to apply.

“We did not renew her [De la Guerre] contract. If she is interested in the position, she must re-apply and go through the necessary process just like anybody else. We have advertised a post and do not want to deny anybody the opportunity to apply for it. I am not responsible for choosing the CEO. There are people who are qualified to do that," said Molokwane.

She said if you do not have an MBA, you must forget about getting the job.

“The job of CEO is not child's play. You must be committed, have a passion for the job, and be a team player. An added advantage is an MBA. We are a transparent federation and have publicly advertised the post, but we do not want people, who take chances."

SA will host the International Netball Federation World Cup in Cape Town in 2023, and NSA hopes the new CEO would have settled into the position to help with the preparations.

Meanwhile, the sport's premier competition in SA, the Telkom Netball League, is starting in Tshwane later this month. After the league, the Spar Proteas national team will travel to Jamaica for a three-team Margaret Beckford Sunshine Series with Trinidad and Tobago as the third team.

“It is going to be a busy period for the Proteas and non-Proteas players. While the Proteas are on the Caribbean island, we will be identifying new talent in the Telkom Netball League in Tshwane and Rustenburg. These are interesting times for the sport,” said Molokwane.

Netball SA (NSA) president Cecilia Molokwane could not hide her excitement about the return of the Telkom Netball League next month.
Sport
8 months ago

In order for the SA national team, the Proteas, to have a chance of winning the International Netball Federation World Cup in 2023 on home soil, ...
Sport
9 months ago

Netball SA have confirmed that the Proteas will play in the Margaret Beckford Sunshine Series against hosts Jamaica and Trinidad and Tobago between ...
Sport
9 months ago