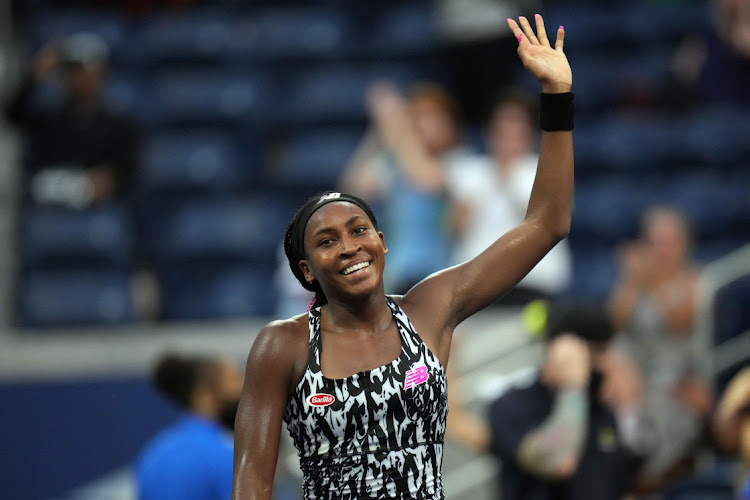 Coco Gauff of the United States waves to the crowd after winning a first round match against Magda Linette of Poland on day one of the 2021 U.S. Open.
Image: Danielle Parhizkaran

Coco Gauff said her defeat to former champion Sloane Stephens at the U.S. Open on Wednesday had highlighted the shortcomings in her game but the 17-year-old is convinced she will get her hands on a Grand Slam title one day.

The American became an overnight sensation when she reached the fourth round of Wimbledon in 2019 as a qualifier and she has steadily climbed up the rankings, reaching number 23.

However, she was no match for 2017 champion Stephens in their first career meeting, going down 6-4 6-2 to the 28-year-old in the second round.

"The goal is always to win, so obviously I think I can do a lot better," Gauff said.

"I think today's match showed what I need to improve on.

"Singles-wise, I think I have a lot to work on. I'm going to go back to work once this is over."

Gauff said reaching a maiden quarter-final at the French Open was the standout for her in 2021, during which she also made the fourth round at Wimbledon.

"The past couple of slams I've lost to players that have gone to the quarters or won eventually, so it shows that I'm there.

"I feel like there's just an experience lacking that I have. I definitely think it shows. I think that I just need to play more matches so I feel more comfortable on the pressure moments."

Naomi Osaka said she had felt "ungrateful" at times over the last year for not fully appreciating her life as one of the world's top tennis players.
Sport
4 months ago

American Coco Gauff will not compete in the Tokyo Olympics after testing positive for Covid-19, the 17-year-old said on Sunday.
Sport
5 months ago

The Tokyo Olympic Games have had their share of positive coronavirus cases before they open, but health expert Brian McCloskey says they were to be ...
Sport
5 months ago
Next Article