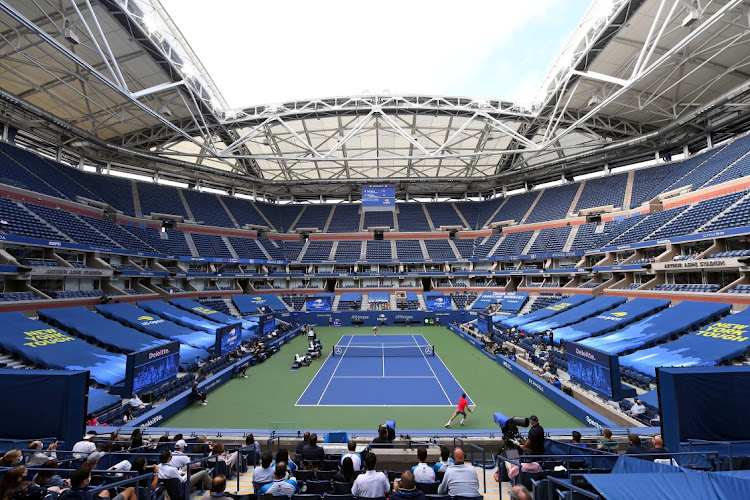 A general view of Arthur Ashe Stadium at USTA. The New York City mayor's office on Friday mandated proof of vaccine to enter the stadium, where the major puts on its primetime matches, the United States Tennis Association said.
Image: Robert Deutsch

Tennis fans 12 years or older will be required to show proof of a Covid-19 vaccine in order to attend the U.S. Open, tournament officials announced Friday, just three days before the main draw was set to begin.

The USTA then elected to extend the vaccine requirement to all attendees 12 years old or older at the Billie Jean King National Tennis Center, regardless of which facilities ticketholders plan to access.

"Any U.S. Open attendee with tickets to Arthur Ashe Stadium, Louis Armstrong Stadium, the Grandstand, or the grounds of the U.S. Open, will be required to provide proof of at least one dose of a Covid-19 vaccine," the USTA said in a written statement.

The USTA confirmed that the mandate does not apply to athletes competing in the tournament, some of whom have previously expressed reluctance to receive the shot.

World number three Stefanos Tsitsipas said earlier this month he would only get the COVID-19 vaccine if it became mandatory to compete in tennis.

The announcement marked an abrupt change for the U.S. Open, the crown jewel of the American tennis calendar and the year's final major, which previously said it would rely on unvaccinated fans to wear masks.

The tournament operated without fans in 2020.

Anderson ready to fight at US Open

Taking another step forward in his comeback on the court, former finalist Kevin Anderson says he is fit and ready as he targets a return to the top ...
Sport
8 months ago

SA tennis star Kevin Anderson says he is fit and ready to return to the top of his game as he prepares to make an 11th appearance at the US Open in ...
Sport
8 months ago

Ash Barty's brilliant year on the tennis tour has not shielded her from bouts of homesickness but the Australian is determined to keep working and ...
Sport
8 months ago
Next Article