Serbian eager to emerge out of Federer, Nadal shadows 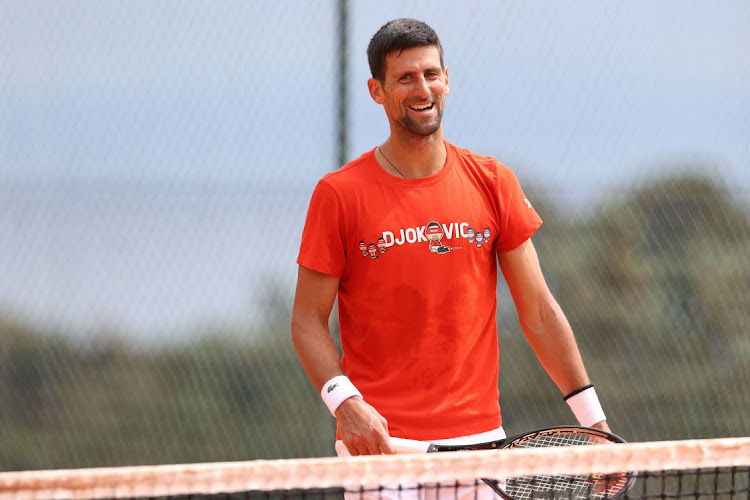 Novak Doković of Serbia smiles during a training session on day 2 of the Rolex Monte-Carlo Masters at Monte-Carlo Country Club on April 11, 2021 in Monte-Carlo, Monaco.
Image: Alexander Hassenstein

Novak Djokovic may not have played any US Open tune-up events but the Serbian will be the favourite in New York nonetheless as he looks to complete a calendar-year Grand Slam that would put him in rarefied air.

A New York triumph would not only make Djokovic the first man since Rod Laver in 1969 to win the Australian Open, French Open, Wimbledon and U.S. Open in the same year but would also give him a record-setting 21st career Grand Slam title.

The 34-year-old Serbian has spent much of his career in the shadows of tennis greats Roger Federer and Rafa Nadal but he is now level with the famed duo at the top of the list of men's Grand Slam winners after a sensational year.

Djokovic had looked imperious all season but has not competed since the Tokyo Olympics where he pulled out of the mixed doubles bronze medal match with a shoulder injury shortly after he was upset in the singles tournament at the same stage.

"The level of tennis dropped also due to exhaustion, you know, mentally and physically," Djokovic said in Tokyo where a number of contenders struggled in sweltering conditions.

Djokovic later cited a "taxing journey" since the start of the Australian Open in February for his reason to opt for rest instead of fine-tuning his game at any of the warm-up events ahead of the Aug. 30-Sept. 12 U.S. Open.

Thankfully for Djokovic, his game is well-suited to the New York hardcourts, his preferred surface, given he is one of the top returners, has power from the baseline and athleticism that allows him to chase down balls most other players cannot reach.

Since winning a third US Open in 2018, Djokovic has only managed to reach the fourth round, most notably in 2020 when the tournament favourite swatted a ball in frustration that struck a female line judge which led to him being defaulted from the match.

But with so much riding on this year's US Open, a rested Djokovic, who has triumphed at eight of the last 12 Grand Slam tournaments, will be laser-focused on the task at hand.

Five players have achieved a calendar-year Grand Slam. Laver (1962, 1969) and Don Budge (1938) are the only men to accomplish the feat while nobody has done it since Steffi Graf became the third woman to achieve the feat in 1988.

SA tennis star Kevin Anderson says he is fit and ready to return to the top of his game as he prepares to make an 11th appearance at the US Open in ...
Sport
10 months ago

Naomi Osaka said she had felt "ungrateful" at times over the last year for not fully appreciating her life as one of the world's top tennis players.
Sport
10 months ago

Spain’s Pablo Carreno Busta claimed the bronze medal in the tennis men’s singles at the Tokyo Games on Saturday, triumphing 6-4 6-7(6) 6-3 over a ...
Sport
11 months ago

Tennis SA (TSA) will host back-to-back tournaments to grant the youngsters an opportunity to play for ranking points and prize money against some of ...
Sport
11 months ago
Next Article