Anderson ready to fight at US Open

'I still have belief in myself' 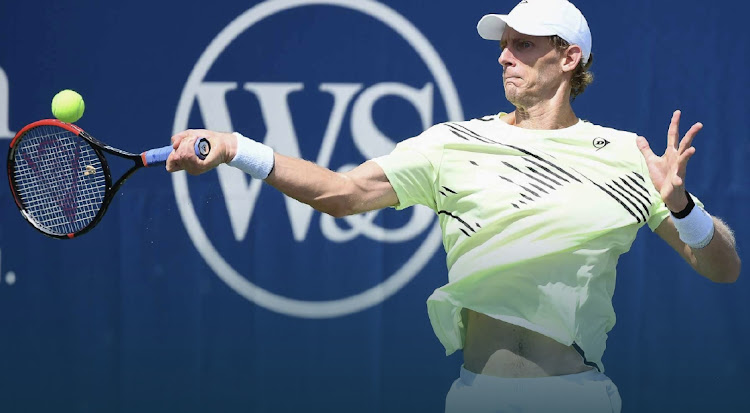 Taking another step forward in his comeback on the court, former finalist Kevin Anderson says he is fit and ready as he targets a return to the top of the game in his 11th appearance at the US Open in New York next week.

The 35-year-old South African has struggled in recent years, with multiple injuries preventing him from progressing beyond the third round at a Grand Slam since 2018.

He displayed fine form, however, by reaching the final at the ATP 250 tournament in Newport last month.

"The excitement of playing in Grand Slams is still highest on my list, and I still have the belief in myself to go out there and try win the tournament," Anderson said in a teleconference.

"I feel I'm playing really good tennis at the moment, so I'm excited to see how far I can go in the tournament."

The US Open has been Anderson's best tournament on the top-flight circuit in his lengthy career, with the big-serving South African reaching the quarterfinals in 2015 and progressing to the final in 2017, when he finished runner-up behind Spanish icon Rafael Nadal.

Having slipped to No 75 in the world, however, he enters the hardcourt Grand Slam at Flushing Meadows without a seed.

While he admits he faces a challenge climbing back to the top, Anderson is eager to prove he can still mix it with the best.

"As long as I feel like I have a shot, this is what I want to do and what I'm most passionate about," he said.

"The last couple of years have been trying, and it has been a challenge with the injuries, but fortunately for the last good while it has been going better.

"The most important thing is that the desire and enjoyment are still there. That's what keeps me going."

Anderson will be joined by countryman Lloyd Harris in the main singles draw at the US Open, taking place between 30 August and 12 September.

SA wheelchair tennis ace Kgothatso Montjane is optimistic about her chances of winning a Paralympic Games medal.
Sport
10 months ago

Tennis SA (TSA) will host back-to-back tournaments to grant the youngsters an opportunity to play for ranking points and prize money against some of ...
Sport
11 months ago

Spain’s Pablo Carreno Busta claimed the bronze medal in the tennis men’s singles at the Tokyo Games on Saturday, triumphing 6-4 6-7(6) 6-3 over a ...
Sport
11 months ago
Next Article