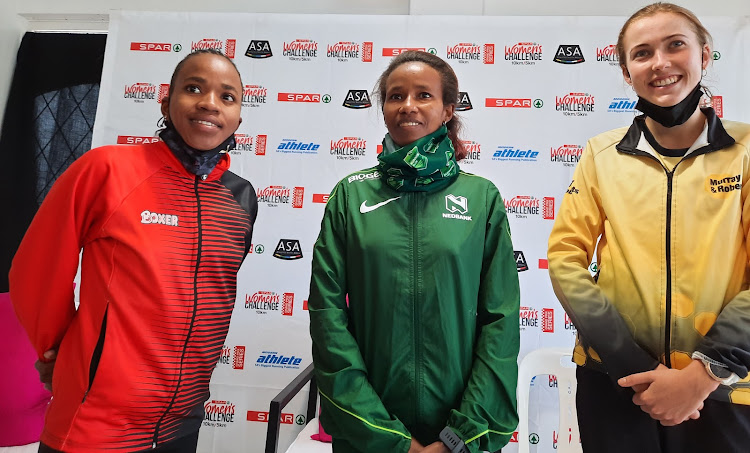 After winning the first Spar 10km Grand Prix race on Sunday morning in a time of 33:22.47, Ethiopian runner Tadu Nare admitted that the hilly Pietermaritzburg course was challenging.

Speaking through an interpreter after the race at the Pietermaritzburg Oval, Nare said she could have ran better if the race, which was run in three laps, wasn’t too challenging.

“It was a challenging course and I believe that if it was a flat course I could have run 30 minutes.

"I am looking forward to the Cape Town race next month because I believe it is going to be a flatter course,” said Nare.

Nare added that she is using the Grand Prix series to improve her speed in preparation for the Barcelona Marathon later in the year.

“I am training for the Barcelona Marathon later in the year and using the 10km for speed training.

"I don’t want to blow everything I have in the tank in the 10km but I will be going all out to try to win all the Grand Prix races this season.”

The race was without other elite runners in the form of defending champion Helalia Johannes, Irvette van Zyl and Gerda Steyn, whose presence could have made it more competitive for Tadu, Xaba and Kavanagh.

“It’s a pity that Irvette, Helalia and Gerda and other top runners were not here because their presence could have pushed us to run much faster and increase competition,” said Nare.

Xaba added that: “The competition could have been much better because some of the elite runners were not here, I can say that we missed Helalia, Irvette and Gerda.

"It was going to be nice but unfortunately they were not here and there was nothing we can do about it.”

Kavanagh, who achieved her first podium finish and is in her first season as a senior runner, also agreed that they missed other elite runners.

“I definitely think that we missed other top competitors who were not here today but I still think there was strong field.

"Personally, I thoroughly enjoyed the race even though it was a bit up and down.

“I feel very privileged being on the podium with these top ladies.

"I enjoyed the course, especially being a three-lap race, it was quite nice because after one lap you get used to the hills and it was a decent route and I enjoyed it.”