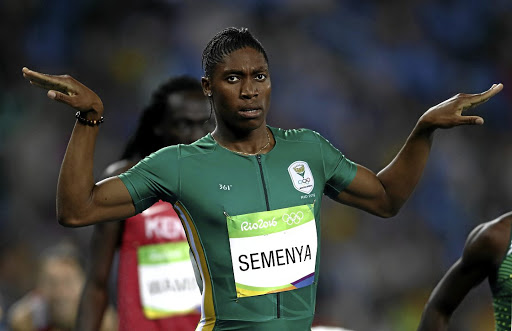 Caster Semenya of SA reacts after winning gold in the 800m at the Rio 2016 Olympic Games at the Olympic Stadium.
Image: Cameron Spencer/Getty Images

Caster Semenya is SA’s most popular sportswoman, based on a study of Google search data commissioned by a British health club chain.

Penny Heyns, the only woman in history to have won the Olympic breaststroke double, at Atlanta 1996, was eighth on 420.

The planet’s most searched athlete was former cage-fighting star Ronda Rousey on 11.86-million, ahead of gymnast Simone Biles on 8.42-million. Venus Williams was seventh on 5.9-million, yet her more successful sister, Serena, did not feature on any of the lists provided.

Biles was the most searched woman athlete in the US, however.

Tennis player Ashleigh Barty topped the list in Australia, while athletes Derartu Tulu and Vivian Cheruiyot were the most searched in Ethiopia and Kenya respectively.

Organisers said they compiled a list of the most decorated sports stars from around the world and using Google Keyword Planner established the average yearly search volume for each sportswoman.