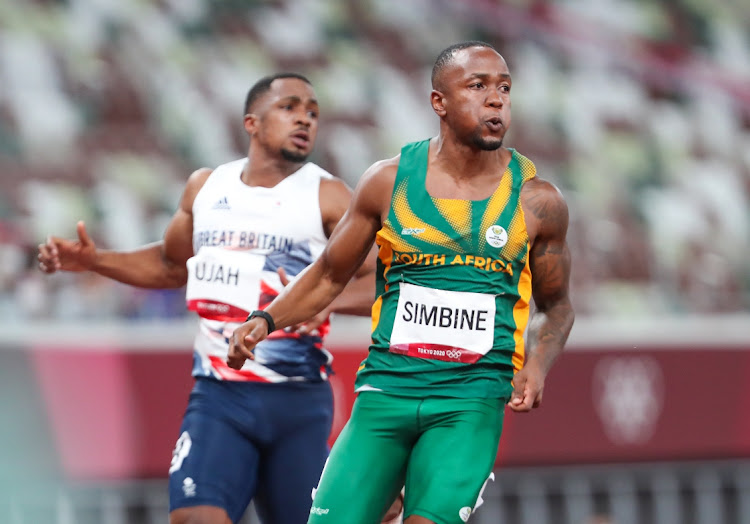 Akani Simbine had to settle for fourth in the men’s 100m at the Tokyo Olympics on Sunday night, missing out on the medals by four-hundredths of a second.

Simbine crossed the line in 9.83 to ensure SA’s Olympic curse would continue for yet another Games — at every showpiece featuring an official SA team from 1908 until Tokyo, the country has landed at least one fourth place.

Earlier in the men’s 400m hurdles semifinals, Soks Zazini ran a 48.99sec season’s best, but that was only good enough for sixth spot in a heat won by world record-holder Karsten Warholm in 47.30, ahead of American Rai Benjamin (47.37).

This was an event where SA men used to be prominent, but this year Zazini was the country’s sole entrant.