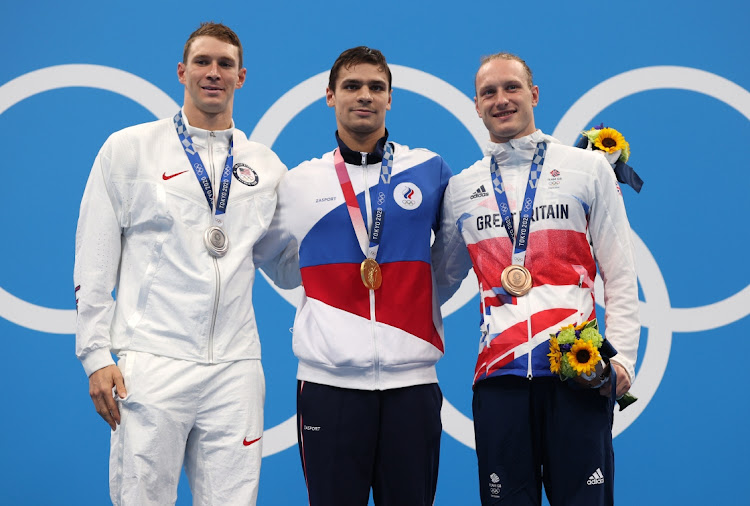 As accusations of Russian doping surfaced at the Tokyo Olympics pool the head of the United States Anti-Doping Agency (USADA) dove in on Saturday coming to the defence of American swimmer Ryan Murphy for suggesting some of his rivals were drug cheats.

After losing the second of his 2016 Rio Olympic backstroke titles to Russian Evgeny Rylov on Friday an unhappy Murphy hinted doping had played a part in his demise.

Murphy later walked back his comments saying they were not directed specifically at his Russian rivals but at the sport which he said still has a big doping problem.

The Russian Olympic Committee hit back on Twitter labelling U.S. complaints as nothing more than sour grapes, prompting a fiery response from USADA chief Travis Tygart.

"The Russian state and sport officials put the dark cloud over themselves and in the process, tragically, pushed their athletes out in the storm," fumed Tygart in an email to Reuters.

"Now these officials want to continue to lie, deny and attack those with the courage to stand up to their deceit and blatant disregard for the rules and the truth.

"That’s fine because we all know if you cheat, you have no problem lying about your cheating."

An American swimmer sparked controversy at the Tokyo Games on Friday when he said it would take a long time to clear his sport of doping after losing ...
Sport
1 month ago

Along with Russia, Tygart also took aim at two other familiar targets - the World Anti-Doping Agency (WADA) and the International Olympic Committee (IOC) - for what USADA has viewed as a limp response to Russian doping scandals.

Russia is competing in Tokyo as representatives of the Russian Olympic Committee (ROC) because the country was stripped of its flag and anthem for doping offences, a punishment that Tygart has decried as a joke.

"Unfortunately, we’ve seen this horror film already – where the Russian state-sponsored doping programme walks free and Russia wins while the IOC and WADA leaders attempt to pull the wool over the world’s eyes by claiming Russia is ‘banned.’," said Tygart.

"All can now see this ‘ban’ once again for the farce that it is.

"It is barely a ‘rebrand’ and will do nothing to stop the corruption in Russia and likely will embolden others willing to win by any means.

"It’s a doomed system that allows, as it has here, one nation to make a mockery of the Games by their thirst for medals over values."

Tygart challenged the ROC that if they want the world to stop questioning them about doping then make test results public.

"They should put their money where their rhetoric is by making individual tests by athlete name public and allow a transparent international accounting of the reality of whether things have changed within Russia, as the evidence of the last years is that nothing has unfortunately," Tygart said.

Lance Armstrong has given sworn testimony naming several people he says knew about his performance-enhancing drug use, insisting he didn't pay anyone ...
News
7 years ago
Next Article