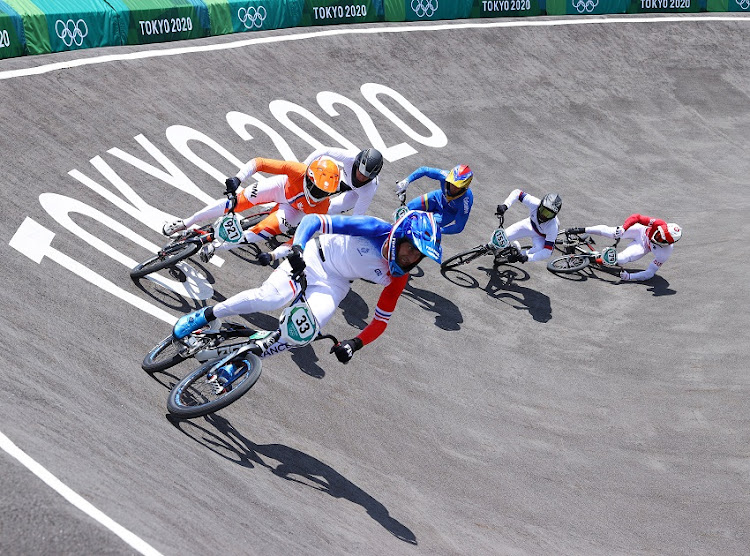 An American swimmer sparked controversy at the Tokyo Games on Friday when he said it would take a long time to clear his sport of doping after losing his Olympic title to a Russian.

Doping re-emerged as an Olympics theme on Day 7 of the Tokyo Games as the centrepiece athletics programme got off to a scorching start with morning heats in the women's 100 metres.

A series of crashes on the BMX track cast a shadow over the day, the worst of which had American favourite Connor Fields taken to hospital in an ambulance.

Upsets continued to dominate the Olympics narrative as new winners and losers were crowned across sports. The unpredictable nature of this Games due to COVID-19 disruptions and delay has created high drama at the top of the medal tally  with both China and Japan leading the United States for bragging rights.

The on-field action, however, has not translated to a ratings boost for broadcasters globally. Ratings data from the opening ceremony and first few nights of events indicate that the Tokyo Games are currently the least watched Olympics in recent history across Europe and in the United States. TV viewership is up in Australia and Japan.

U.S. swimmer Ryan Murphy said his 200 metre backstroke final was "probably not clean" after he lost to Evgeny Rylov, competing as part of the Russian Olympic Committee (ROC).

Murphy won gold in the 100 and 200 Rio finals, but Rylov won both titles in Tokyo.

"I've got 15 thoughts, 13 of them would get me into a lot of trouble," said Murphy when asked by a reporter if he had any doping concerns about his races.

Later, Murphy said he had no intention of making an allegation against his opponent. Rylov said Murphy was entitled to his thoughts given that there had been scandals.

The World Anti-Doping Agency handed Russia a four-year ban from top sporting events in 2019. Those sanctions were then lessened by a sports arbitration court.

More than 300 Russian athletes are competing at the Tokyo Games as part of the ROC. While they are not allowed to compete under their own flag, they can wear their tri-colour uniforms.

HIGH DRAMA ON THE FIELD

The American's comments did not deflect from golden performances in the pool with medals once again spread between countries other than the traditional powerhouses.

South African Tatjana Schoenmaker won the women's 200 breaststroke in a world record time, while China won their first men's swimming gold in Tokyo with Wang Shun's victory in the 200 medley.

Emma McKeon won the 100 freestyle for Australia's sixth gold in the pool, holding off Hong Kong's Siobhan Haughey down the final straight to win by 0.31 seconds.

In the fencing, the top four teams in the men's team epee crashed out in the quarterfinals. One of the day's biggest surprises, Japan, ranked eighth, defeated top-ranked France, which will miss out on a medal for the first time since 1992.

In the badminton, world number three Nozomi Okuhara was beaten by number nine China's He Bing Jiao in a tight match 13-21 21-13 21-14. Another surprise result was the entry of world number 59, Guatemala's Kevin Cordon, into the men's quarter-finals.

The final day of Olympic rowing also delivered thrills when Greece's Stefanos Ntouskos upset the favourites in the men's single sculls and Canada ended U.S. dominance of the women's eights. Four-time Olympian Emma Twigg, of New Zealand, ensured her country kept a grip on the sport with another gold in the women's single sculls.

Athletics exploded into life with the women's 100 metres round-one heats. Ivorian Marie-Josée Ta Lou roared across the finish line with a blistering 10.78 seconds at a hot and spectator-less Olympic Stadium in Tokyo.

Fields, who crashed heavily in the third run of his semi-final and was taken off the track on a stretcher, was "awake" in hospital awaiting further checks to determine the extent of his injuries, an American team spokesperson later said.

The reigning champion had already done enough to qualify for the final later, but his hopes of a second successive gold medal came to an end in brutal fashion.

He was close to the front heading into the first steeply-banked corner at the Ariake Urban Sports Park and appeared to tangle with another rider, crashing heavily.

The semi-finals were marred by crashes after a 45-minute rain delay, although the course was dry and did not appear to be a factor.

"I don't think that the track or the weather had anything to do with the crashes," Dutch rider Merel Smulders, who took bronze in the women's race after her sister Laura also crashed in the semi-finals, told Reuters.

"I feel like there were a lot more crashes in Rio. But there were some bad crashes today and no one wants to see that."