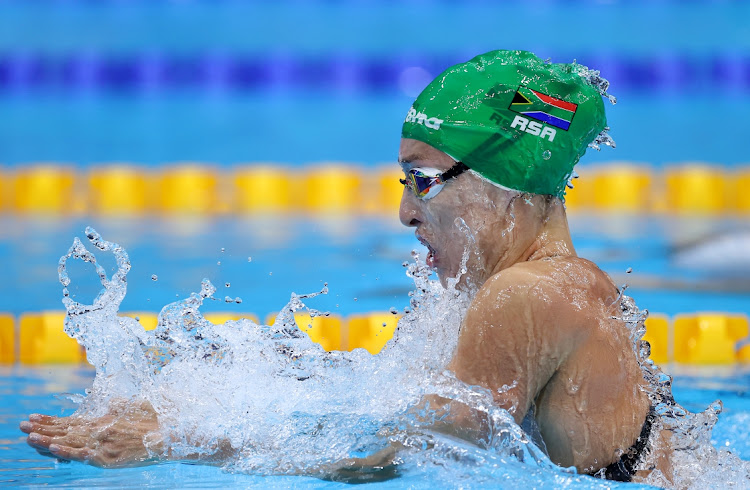 Tatjana Schoenmaker’s rivals narrowed the gap on her in the 200m breaststroke semifinals at the Tokyo Olympics on Thursday morning, but the South Africa star still takes more than a second’s advantage into Friday’s final.

Schoenmaker, nearly three seconds quicker than the field in Thursday’s heats, slowed to 2min 19.33sec while Russia’s Evgenila Chikunova improved to 2:20.57 and American Annie Lazor to 2:21.94.

That advantage means she remains the overwhelming favourite to deliver Team SA’s first gold of the Games.

Schoenmaker’s Tuks teammate Kaylene Corbett lowered her personal best to 2:22.08 to ensure that two SA swimmers will compete in the same Olympic final since Athens 2004 when Roland Schoeman and Ryk Neethling ended second and fourth in the men’s 100m freestyle final.

The last time two women did that was in the 100m breaststroke at Sydney 2000, when Penny Heyns and Sarah Poewe finished third and fourth.