'The body did not respond and I did not come back' 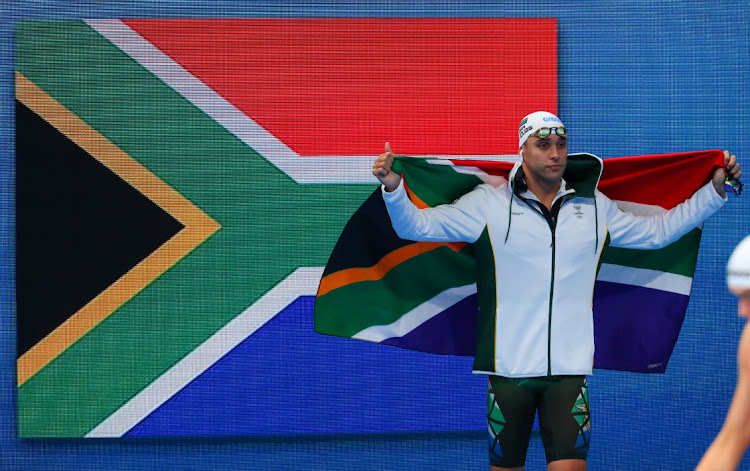 Chad le Clos of South Africa in the final of the mens 200m butterfly during the Swimming event on Day 5 of the Tokyo 2020 Olympic Games at the Tokyo Aquatics Centre on July 28, 2021 Tokyo, Japan.
Image: Roger Sedres

Swimming sensation Chad le Clos could not hide his disappointment after missing out on a podium finish in the 200m butterfly final at the Aquatics Centre in Tokyo yesterday.

SA's Olympic flag bearer was among the favourites to make the podium, but he finished his race in a disappointing fifth place in 1:54.93. Kristof Milak of Hungary won the gold, breaking the Olympic record in 1:51.24. Japan's Tomoru Honda took silver in a time of 1:53:73, while Italian Federico Burdisso finished third (1:54.45).

Le Clos could not add to the silver medal that Tatjana Schoenmaker won in the women's 100m breaststroke on Tuesday.

“I worked hard this year, and I deserve better than that. I want to rest and focus on my next event. My mind and soul deserve better than what I put out today. I am disappointed and sad. I know that I am mentally stronger than all these guys,” said Le Clos.

“It is what it is, and I have to accept it. I felt great before the race and I walked out there feeling a little bit excited, as I usually do. I was not nervous at all. The body did not respond and I did not come back. It is what it is.”

Le Clos said he knows that he is under pressure to win a medal for Team SA after he was chosen as the flag bearer.

In 2012 at the London Olympics, Caster Semenya was the flag bearer, and she went on to win a gold medal in the women's 800m.

At the 2016 Olympic Games in Rio de Janeiro, Brazil, Wayde van Niekerk was the flag bearer, and he shattered the 400m Olympic record to win gold in his debut Olympics.

Tatjana Schoenmaker’s rivals narrowed the gap on her in the 200m breaststroke semifinals at the Tokyo Olympics on Thursday morning, but the South ...
Sport
2 months ago

Tatjana Schoenmaker set her second Olympic record of the Tokyo Games as she torpedoed through the 200m breaststroke heats in 2min 19.16sec on ...
Sport
2 months ago

Tatjana Schoenmaker is SA’s only world No.1 contender heading into the Tokyo Olympics‚ but the breaststroke queen talks like she’s getting ready for ...
Sport
2 months ago
Next Article