Cyclist comes out eighth in Tokyo 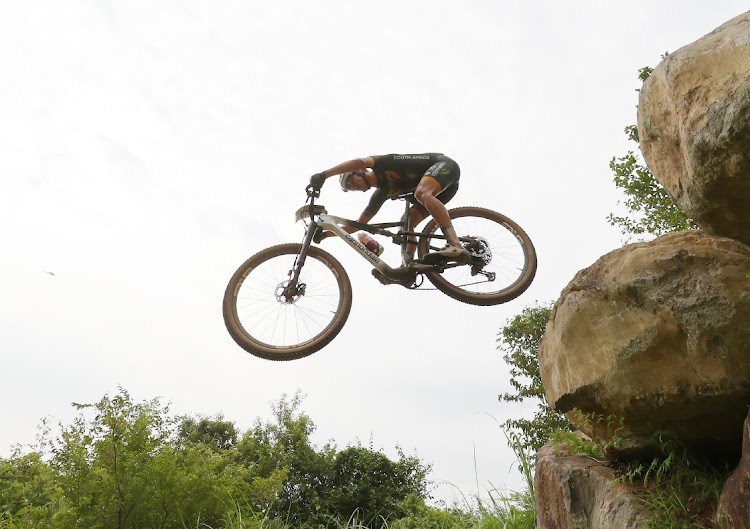 Alan Hatherly described his performance in the men’s Olympic Games mountain bike cross-country final as the highlight of his career.

Hatherly ended the cross-country event in the top eight after recovering from a bad start.

Five years ago, he finished in 26th place with a time of 1:42:03 at the Rio Olympics. Thomas Pidcock of Great Britain walked away with the gold medal when he stopped the clock at 1:25:15, while Mathias Flueckiger of Switzerland took silver in 1:25:34, with David Valero of Spain settling for a bronze medal position in 1:25:48.

“It was super-hot, and I got off to a bad start and got pushed off onto the grass and went from 10th to 32 and ended up running and in the first two climbs I think that I came in 32, and it was a big chase from there on to the finish. I had three good quarters of the race and David Valero caught me, and I lashed onto him, and I think that I held on for too long at that point and blew it a little bit.

“I had a problem with my bike and had to hold on and consolidate to it. A bit disappointing that I came through the start pack 20 to 30 seconds and held that gab for most of the race, and the pace was there. It is just that unfortunate start, and these things do happen, and I gave it my all. I will take eighth-place finish as it is my best Olympic finish,” said Hatherly.

Meanwhile, SA’s youngest athlete in Tokyo, Boipelo Awuah, 15, was forced to withdraw from yesterday’s skateboarding event after she picked up an injury. Awuah fractured her pelvis while practising for the women’s street competition, Team SA stated.

Tatjana Schoenmaker set an Olympic record in the 100m breaststroke heats in Tokyo on Sunday, taking pole position ahead of Monday’s semifinals.
Sport
10 months ago

Nompumelelo Mjadu, Sipho Lushaba, Mbali Zulu and Sandile Sikhakhane remain unshaken and coolheaded despite widespread criticism of their design of ...
Entertainment
10 months ago

Swimming sensation Chad le Clos will carry the hopes of SA on his shoulders in Tokyo, Japan.
Sport
10 months ago

Prominent long-distance runner Philani Buthelezi cannot get over the disappointment of his failure to qualify for the Olympic Games in Tokyo, Japan.
Sport
10 months ago

Triathlete Henri Schoeman is cautioning about expectations for his race at the Tokyo Olympic Games on Monday‚ saying he’s unsure if his body will ...
Sport
10 months ago
Next Article